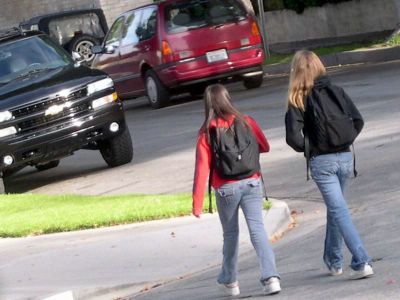 Which do you think is more important to Americans: 1) security from terrorist threats, or 2) making sure the next generation is fed and clothed?

Our elected representatives are now debating these issues as they get ready to pass another massive budget. Because the Republicans control Congress, I am about 99.9% sure they will vote to fund "security" projects that are supposed to protect us from terrorists and will slash funding for the next generation. That seems to be the feeling of the Children's Defense Fund leaders who have put together this alert and article.

Current articles on how American kids have been doing over the past ten years are positive. They suggest that kids commit fewer crimes, smoke fewer joints, drink fewer beers and have fewer babies out of wedlock. America's children are more spiritual and community minded and are shaping up to be better citizens for the Twenty First Century! Why? The article suggests that a better economy helps. More cops on the street is a plus. Parents are more experienced about drugs and their effects and less tolerant of drug experimentation. The only dark side is that more of our kids live below the poverty line and are obese. The sections of the budget which continue economic growth, community based policing, drug prevention programs and government assistance for the poor are under attack.

The Bushites want to fund increases in defense by totally eliminating entire sections of help for the poor. Clinton has already slashed entitlement programs to the bone and now Bush wants to completely eliminate them. Bush and his corporate sponsors believe in the "sink or swim" economic philosophy and many of America's child advocate groups predict thousands of kids will simply sink. With a corporate media intent on advertising profits, the only way we'll know whether our kids are dying of starvation, disease and neglect is to see them on our street corners. For those who choose to exist in gated communities, even these signs of trouble will be avoided.

It will be interesting to see the effects of the Bush presidency on America's children ten years from now. Nothing surprises me anymore (UPDATE: The repugnantans pushed this budget atrocity through today) - so I can only hope that everything will work out well for us all. 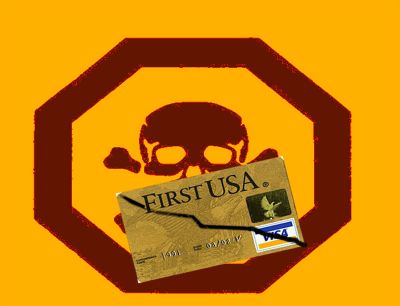 I used to like credit cards. They were convenient. They gave me a feeling of security in case of emergency. They were easy to get and use.

All that has changed as of Thursday, April 14, 2005. The Bushite controlled Congress has lowered the hammer on Americans by passing the Bankruptcy Reform Bill. Read about it and weep. Anyone who ever doubted that Republicans favor corporate control of America better wake up. Or, maybe they are awake and think that Wells Fargo, Enron, and Ford Motor Company can do a better job of protecting and serving American citizens than non-partisan, government bureaucracy.

Hmmm, can corporations do a better job of running America? Let's step back and assess the landscape over the past five to ten years. The energy corporations worked with (i.e., controlled) the energy deregulation experiment in California and created the worst energy crisis since I've moved to this state in 1975. Then they gouged the hell out of the State government which had to step in at the last minute and buy energy from these bastards at premium prices just to keep the lights on in California. Corporations failed the public, delivered record profits to their shareholders and robbed their employees of their pensions. They are incapable of providing goods and services for the public good. They are tasked with providing profits to their shareholders at any cost, even if it means robbing their own employees of their pensions. They have no business controlling utilities.

Okay, so maybe corporations aren't good at delivering utilities such as electricity, gas, water, etc., but aren't they efficient at delivering goods and services. The answer is yes. They find the simplest, most convenient method of delivery and have created many innovations and lifestyle enhancements. Much of this innovation is caused because they need to market better than their competitors. Then again, when corporations have a stranglehold on government, necessary innovations do not occur.

The oil industry has a stranglehold on US government. Over the past few years, federal environmental barriers have been removed so the auto industry can create super sized and totally ridiculous vehicles that guzzle the gas. SUVs dwarf the landscape and every family has one. When gas was cheap, no problem. Now that American's are locked into their SUV lifestyle, time to lower the hammer and raise gas prices to $3. The oil industry is raking in record profits and have coerced America into allowing drilling in it's pristine wild life reserves so they can continue raking in the billions. We've seen this ugly gasoline cycle over and over. As soon as American's wake up and begin to conserve, Standard, Gulf, Union 76 will drop the prices and the whole hellish cycle starts again. If the oil industry did not own America, citizens would have to support public transportation, bike riding would surge, obesity would be obliterated and innovations in transportation would flourish.

Today, we watch the banking, credit card and finance industry show its hand with this latest legislative atrocity. They baited this hook with low interest rates (i.e., cheap money), trolled for years to attract large schools of fish and are now hauling us in. With the passage of this bill debtors have no recourse but to pay off the tens of thousands of dollars of debt accumulated over the years. Like those cute little Koi fish trapped in ponds all over the world, we've been trained via daily junk mail, television ads, telemarketing calls, blah, blah, blah to rush blindly and gobble up any new Wells Fargo or BofA credit deal that comes along and we're attached to these surrogate motherf'ers with an almost unbreakable umbilical cord of credit. The finance industry is now raking in billions and with this legislation will continue doing so for decades to come.

The Bush family represents oil and banking interests and they have richly rewarded both of these industries with tailor made legislation such as this bankruptcy "reform" law.

Time to cut the credit card umbilical chord to these bloodsuckers and live within our means. As payback, I would also suggest we CONSERVE! That's the best way to extract retribution for their manipulations and brainwashing tactics. Ignore them. Do not support them. Remember when the Governator lies about "privatization" being more cost effective and efficient what corporations are in this world to do: make you spend your money on their product and turn a profit.

The foxes should not be in charge of the hen houses because they will eat those they are supposed to serve. (Reminder to self: stay out of hen houses and keep the foxes out of government.) 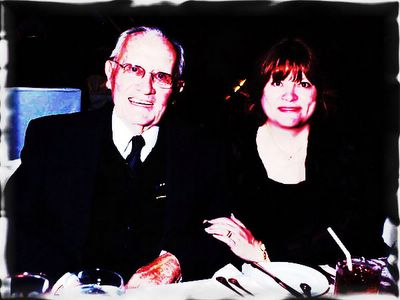 A beautiful soul was given to the world.

Vincent. He was intelligence, energy, adventure, music, humor, arrogance, humility, wisdom, discipline, compassion, pride, example, love. He was my father. He was a precious guide who still leads.