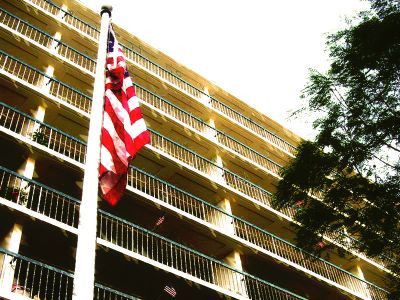 The Cost of Freedom

"As we look across these acres (i.e., Arlington National Cemetery), we begin to tally the cost of our freedom, and we count it a privilege to be citizens of the country served by so many brave men and women. And we must honor them by completing the mission for which they gave their lives, by defeating the terrorists, advancing the cause of liberty, and building a safer world. "
-George W. Bush, 43rd President of the USA

These are the words of a man that never had to fight and kill someone in battle.

"Every gun that is made, every warship launched, every rocket fired signifies, in the final sense, a theft from those who hunger and are not fed, those who are cold and not clothed. This world in arms is not spending money alone. It is spending the sweat of its laborers, the genius of its scientists, the hopes of its children. This is not a way of life at all in any true sense. Under the cloud of threatening war, it is humanity hanging from a cross of iron. "
-Dwight D. Eisenhower, 34th President of the USA

These are the words of a man who fought and killed human beings in battle.

Reality is not patriotic. Reality is survival. How can a species survive if it continually engages in senseless killing. During this holiday, Americans remember their war dead and miss them. Do the families of soldiers killed in battle find solace in knowing these fathers, sons, mothers, daughters, cousins died doing their duty? Do they ever really think about their loved ones in terms of duty?

For me, the Memorial Day holiday, is a time to remember humanity's promise and potential. It is a time to realize that only love can cure the social cancer called war. Only love can increase the peace and someday eliminate this holiday. 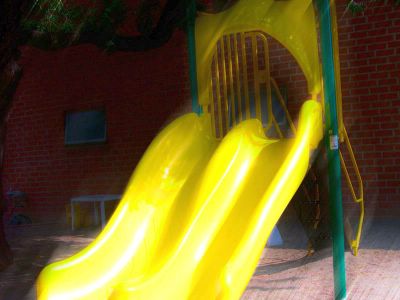 Dangers of a Plastic World

I was sifting through the news sludge this morning and came across a fairly alarming report about the toxic effects of plastic on baby boys. Apparently Harvard and other universities support the way the research was done and conclude that the findings are worth taking seriously.

Not too long ago, I realized that my buddy, my pal, my desktop PC delivers some nastiness in the form of PBDEs. The chemicals used to retard flames in the circuit boards, cables, covers, etc., of computers, televisions and most electronic devices are health hazards. These plastic components heat up and throw off vast quantities of very nasty toxins that have been linked to lymph, liver and stomach cancers.

There are unseen dangers in the modern world's obsession with convenience and technology. I don't think they are avoidable, however.

I remember considering the pros and cons of Pampers vs. cloth diapers before my son was born. I was very health conscious and had stopped smoking, drinking, using any medications and ate only organic foods. The thought of feeding my baby formula instead of breast milk or using plastic diapers instead of cloth diapers was horrifying!

The morning after I gave birth, the nurse brought my baby in for his first feeding and I struggled with that process for a while. She showed me how to change a diaper shortly thereafter and I noticed she used Pampers.

"Don't you have any cloth diapers for the newborns?" I asked.

"Only Pampers, and you'll find you really don't want to use anything else," she advised.

I stuck to my guns and used cloth diapers for the first three months. When our little family became chronically mobile, living in and out of motels over the next couple of months, I used that as an excuse to switch to the more convenient and less messy Pamper diaper. The "fight or flight" gene which has protected humanity throughout the ages gave me a weak signal that this path was not healthy, but I ignored the twinge and joined the herd. I never did use formula, though.

I wonder how our race will function and what we'll look like a hundred years from now. Best to live in the present and reaffirm the need for a more organic lifestyle. Can't hurt!