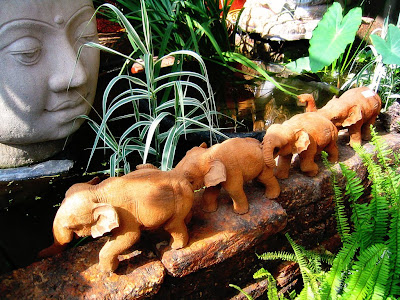 I feel overwhelmed today. Our family is going to add a second bathroom and the work begins next Monday. Much of this addition is my idea, including the space we are allocating. It is my office! Yup - the space filled with my cameras, books, family finance information, PC, fax, main phone, printer, scanner..... lots of important stuff.

So... I am in the midst of mental and physical chaos and need to be more productive and less free-form. I am realizing for the hundreth time how creative one must be to find the right place for everything and to work within timelines. If I focus on the goal and visualize the joy of having two nice bathrooms and a new, open office/den area, I find it easier to figure out the steps in between. Everything will get done and life is good!
Posted by Kathy at 5/15/2008 02:39:00 PM 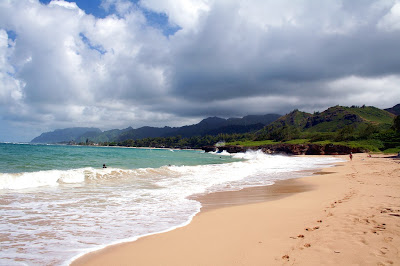 Some friends from Los Angeles visited the Amazon last month and raved about the beauty of this wild place. They were astonished at the abundance of plants, animals, birds and insects.

"You can't image the huge flocks of birds in the Amazon," said Sandy.

"Insects are everywhere including the most poisonous ants in the world. Herds of monkies followed us which was scary because we weren't used to seeing so many animals in one place." She went on to describe the fish and spiders they saw and how the wildness of this massive river area was in jeopardy because of the effects of deforestation and global warming. She also explained how strict the Brazillian government is about conserving and protecting its natural resources which was hopeful. In fact, recent studies report that the consumers of Brazil and India are among the most environmentally conscious and that US consumers are the least conservation oriented.

These facts and other things I've observed over the years cause me to question American values that promote a bigger house, more possessions, convenience, and a disdain for non-American people, places and things. George W. Bush is a perfect representative of this value set and his dismissal of global warming in the face of worldwide scientific and government pressure is pure USA. Even the American concept of "recycling" seems to be a band aid trying to cover up the creeping destruction of greed. It does nothing to suggest a drastic change in how Americans live, work and entertain themselves. Recent insanity is the biofuels energy fad - slapping down the more intelligent and planet friendly solar energy solution. So, even when Americans think they are responding to a crisis, we are creating one - food shortages!

I'm not one to talk, though. I'm American to the core. I'm an overweight, white woman living in the most selfish and resource-guzzling city in the world so I'm not a model of intelligence and restraint. Over the past few years, I've become much more appreciative of those "impoverished" nations that manage to survive on air. It takes real intelligence, effort and spirit to live with a harsh and pitiless mother nature. There is no doubt that I prefer my world to be clean (i.e., able to use lots of water), healthful (i.e., able to use pesticides, drugs, toxic cleansers to kill bugs, bacteria), convenient (i.e., lots of energy burning and smog producing cars, technology, waste), and fun (i.e., no physical exertion except a visit to the gym, movies, DVDs, CDs, TVs...). When I envision a world of hard work, stuggle and limitation which is what most of the world accepts and appreciates, I realize what a hypocrite I am for criticizing the lifestyle that I love.

However, it is time to "bite the bullet" as a famous and reviled former US president once said and the only way to do that under the eco-unfriendly Bush regime is to make small changes voluntarily. I am pleased to report that the small changes ( see recent blog) have resulted in a good sized savings in utilities usage and costs. I am training myself to think as if I lived in the middle of the desert, with limited water and energy resources. Wait a minute!! I do live in the middle of the desert - hmmm.

So... Kudos to Brazil and India for their tangible love of our mother earth and for providing an example of responsible stewardship of our precious resources.
Posted by Kathy at 5/08/2008 09:54:00 AM 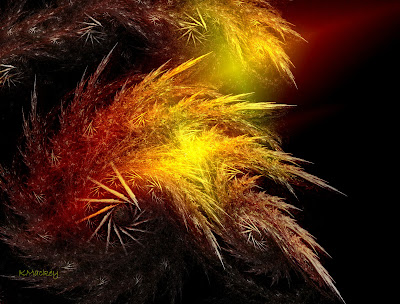 Sometimes, the world is a small, sad place. The cyclone that hit Burma on Saturday has caused thousands of deaths and injuries and reports of devastation have been on the news for days.

The natural elements of our world are our source of order and chaos. Nature teaches us that growth is hard, change is inevitable, sentient beings strive for balance and harmony, the cycle of life includes transcendence. From this chaos will come enlightenment.

I focus on healing, wholeness, balance and harmony for our brothers and sisters in Burma, in the USA's Midwest, in the war zones, in the famine stricken areas. Wherever chaos reigns, may all beings know love and peace.
Posted by Kathy at 5/05/2008 04:59:00 PM 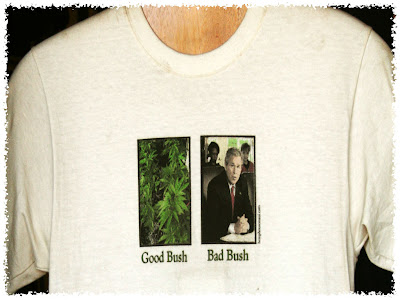 "Marijuana is the third most popular recreational drug in America (behind only alcohol and tobacco), and has been used by nearly 80 million Americans. According to government surveys, some 20 million Americans have smoked marijuana in the past year, and more than 11 million do so regularly despite harsh laws against its use." - NORML Faqs

(Hmmm, that's a lot of people who like pot)

"..,Someone who smokes marijuana regularly may have many of the same respiratory problems that tobacco smokers do, such as daily cough and phlegm production, more frequent acute chest illnesses, a heightened risk of lung infections, and a greater tendency toward obstructed airways. Cancer of the respiratory tract and lungs may also be promoted by marijuana smoke. Marijuana has the potential to promote cancer of the lungs and other parts of the respiratory tract because marijuana smoke contains 50 percent to 70 percent more carcinogenic hydrocarbons than does tobacco smoke." - ONDCP Marijuana Facts

(Our government is protecting us from the potential of cancer by arresting us for using or selling it.)

'The largest study of its kind has unexpectedly concluded that smoking marijuana, even regularly and heavily, does not lead to lung cancer. The new (2006) findings "were against our expectations," said Donald Tashkin of the University of California at Los Angeles, a pulmonologist who has studied marijuana for 30 years.'

(Erm.... our government may not be 100% right about the health hazards of pot and may or may not make amends to those people who have been harmed by lengthy prison sentences for felony possession of mj.)

Earlier today, several internet blogtrackers (reddit, digg, fark) posted the news item above which was published in 2006. Why is this such a popular news item - two years later.

Hmmm.... maaybeee the public needs a little ray of sunshine to get past the pain of two horrendous U.S. invasions/occupations on top of a crap economy; or, maybe there is a growing interest in a lucrative home business which sells something that does not cause cancer; or, maybe plans are afoot (via Barney Frank and Ron Paul) to decriminalize weed and good pot PR might just be the assist needed. Or, all of the above!

I'm not crazy about the idea of FDA approval of more drugs and I dread adding more mind numbing clutter to the airwaves. Even if pot ads do not materialize on TV, my head is trying to wrap itself around billboards, bus benches, hell... buses with "killer weed" ads. What would be welcome is decriminalizing something less harmful that cigarettes and beer.

“Even if one takes every reefer madness allegation of the prohibitionists at face value, marijuana prohibition has done far more harm to far more people than marijuana ever could.”
William F. Buckley, Jr.
Posted by Kathy at 5/01/2008 06:44:00 PM