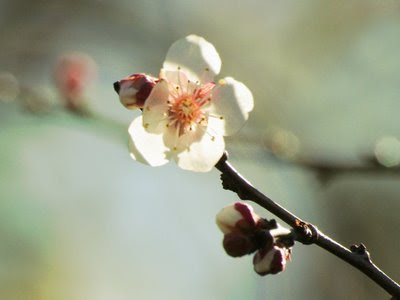 Here are some refreshing reminders of how lucky we are to live on this earth. I am grateful for the people and organizations that explain and record fascinating and important moments on earth.

Robbery of the Doormats 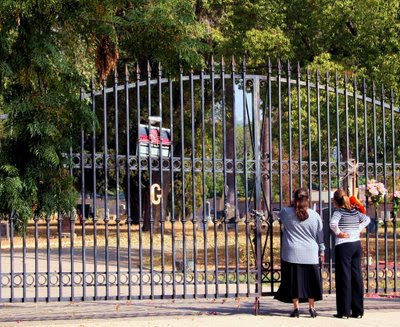 "I suggest, you know, obviously, maybe they ought to be removed," Grassley said.
"But I would suggest the first thing that would make me feel a little bit better toward them if they'd follow the Japanese example and come before the American people and take that deep bow and say, I'm sorry, and then either do one of two things: resign or go commit suicide.
"And in the case of the Japanese, they usually commit suicide before they make any apology."
Grassley spokesman Casey Mills said the senator isn't calling for AIG executives to kill themselves, but said those who accept tax dollars and spend them on travel and bonuses do so irresponsibly."

Ermmmm.... I second that emotion!

I am holding back my rage with disappointment. Hey!!! Do something, Obama-Biden-Pelosi-Reid! We're hemorrhaging hope, here. Unless the Bush-Cheney gangs are held accountable for nurturing a complete disregard for the American people, more Bushite corporate losers will find a way to rise above their abject failures by giving themselves U.S. government ensured bonuses.

For the last eight, plus, years, corporations were king. Bush-appointed cabinet members and agency officials fostered an atmosphere of "look the other way," fox-in-the-henhouse oversight philosophies. With Alberto Gonzales as the incompetent head of the Justice Department and the anti-regulation republicans in complete control, American business ran itself... into the ground, taking the world economy with it.

I am not alone in feeling complete disgust at AIG's bonus outrage. I am not alone in expecting this behavior from corporate America. I am not alone in knowing that government is not going to protect us from these vipers. I am not alone is wondering how much we will have to suffer because the American public allowed six years of a republican majority in all three branches of this government. Any system which is out of balance causes problems, but I am mystified at the magnitude of the economic problem we're facing today.

I remember hearing my father talking about the Great Depression and how my grandmother hoarded everything of even minimal value in response to that disaster. I also remember learning about how that worldwide economic disaster spawned fascism, Hitler, WWII, the spread of communism, and Roosevelt's response, The New Deal. The specter of a repeat of this cycle of doom scares the bejeezus out of me but I can't image an appropriate response. So far, suggested solutions are grim and getting grimmer.
Posted by Kathy at 3/17/2009 08:56:00 AM 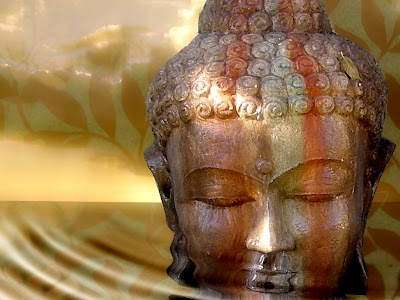 "Today, the religion, culture, language and identity, which successive generations of Tibetans have considered more precious than their lives, are nearing extinction. In short, the Tibetan people are regarded like criminals deserving to be put to death." Dalai Lama, March 10, 2009

The Dalai Lama's anguished comments about the fiftieth anniversary of the Chinese take over of Tibet shocked me. I am unused to hearing warlike and dire comments from this spiritual leader, even though I recognize how bad life in Tibet has become. I also recognize how unrelenting and cruel the Chinese government is in suppressing and reshaping Tibet. I would love to rant about the harshness and stupidity of this approach, but I can't.

I hate hypocrites. I am an American who supports a government that has subverted, perverted and destroyed the many tribes and peoples which comprise the American Indian. Such unrelenting and cruel genocide does not stop with America's Indians, however. Our government, funded by our taxes has waged war on its youth and minorities with draconian law enforcement initiatives (e.g., California's "three strikes" mandatory life imprisonment sentences and "gang affiliation" mandatory sentencing).

"With more than 2.3 million people behind bars, the United States leads the world in both the number and percentage of residents it incarcerates, leaving far-more-populous China a distant second, according to a study by the nonpartisan Pew Center on the States."
- Excerpt from February 29, 2009, Washington Post story, "New High In U.S. Prison Numbers"

Who are we to rise up and free the oppressed. We are the oppressors. We oppress our own people without mercy and flood our public airwaves with "hard core" music and "Law and Order" television programming. I am reminded of that fantastic moment in "Splash" when the mermaid, Madison, is trying to figure out what it means to be human by watching television.

Allen: Hello.
[Madison is watching TV, crying]
Allen: [concerned] Madison, what is it? What happened?
Madison: [still watching the TV] It's the saddest thing I ever saw.
Allen: [looks at the TV] It's 'Bonanza.'

The plight of the Tibetans is dire. I pray that these people, and the many other oppressed and tortured people around the world find love and peace, without erasing the beauty and strength of their culture and language. I am more outraged, disgusted and fired up about the men and women rotting in America's overcrowded and dangerous prisons. Any good deed should be applauded, but I am very uncomfortable with American activists who look to China, Tibet, Africa, anywhere but here to find social injustice, torture and mayhem.

Are we too arrogant to think that "the greatest nation on earth" hates itself? We not only lock up our disobedient, dishonest, violent neighbors and throw away the key, we also whine about it. I can't count the number of times a sanctimonious citizen screeched about providing education, television, exercise equipment, medical treatment for prison inmates. The fascist Joe Arpaio is their law enforcement hero. Hey, idiot. The next prison inmate you meet might be your uncle, or your brother, or your sister, or "gasp" you! Once you experience the meat grinder called the American justice system, you'll find that compassion you're always talking about, but only if you're on the losing end. For the AJS winners, every conviction is a justification to support the deadbolt and security systems industry.

It's easy to love your neighbor when you never see or hear from them. It gets harder when they step out of line. I am challenged every day to examine that line. Is the line too narrow, or is it to wide? Am I enamoured with the renegade myth fostered by popular culture and therefore a tacit accomplice in lockin em up and throwing away the key? Do Americans have the moral authority to become missionaries for our democracy, our culture, our justice system, our human rights? Rather than judge and condemn others, it might be time to put down that magnifying glass and pick up the mirror.
Posted by Kathy at 3/11/2009 01:41:00 PM