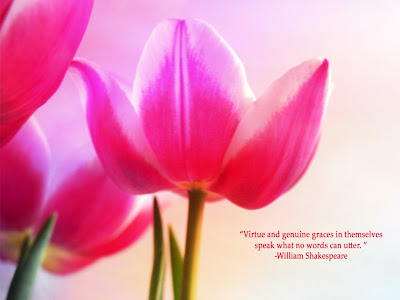 Do We Have a Choice? 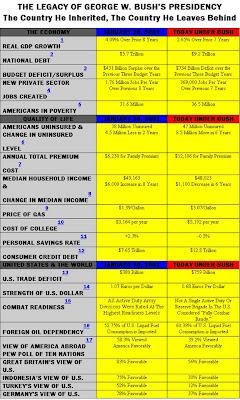 I was getting my hair done today, and my stylist asked what I thought about the political "situation."

She wasn't joking. She really wanted some direction and a reasoned opinion, not the typical "every politician is crap" kind of political analysis.

"What choice do we have?" I asked. "Could you seriously vote for another Republican after eight years of almost total Republican power/government?" I wondered.

"Keep focused on deeds not words," I advised. "Vote Democrat and work with your local representatives."

She felt disappointed with the bickering and lack of direction in the Democratic party these days. I am not jumping for joy about the Pelosi strategy either. But, the Republican controlled Congress has not held the White House accountable for the past six years and it is unreasonable to expect the new Democrat majority to turn back the hands of time and correct years of corruption, incompetence and neglect.

The presidential campaign is putting a huge, ugly spotlight on the fractured Democrats, though, killing whatever hope we have for a clear choice. We need clarity and a political platform that carves a pathway through the Republican sludge toward a government that cares about the health, financial stability and progress of the American people and the world. Both Clinton and Obama seem willing to deliver a more people-centered government vs. corporate centered and that's a huge improvement. I'm willing to vote for either of them, but the DNC is letting this message get buried under mounds of politicking.

I question how Democratic party leaders can allow anything to jeopardize the opportunity to solidify the party and come up with one person, develop one strong platform and become the political juggernaut needed to defeat the repugnatans. Two strong candidates with the same message?!! No wonder the campaign has degenerated into a sexist, racist, debate. This is not what Americans want to consider in making their decisions about who will govern us. So, we now have confusion where there should be clarity. Whenever the voters are confused, they stick with more of the same. Oh, we've got trouble...with a capital "T" and that rhymes with "P" and that stands for "Pain." 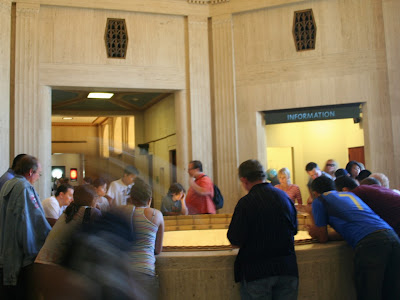 I just saw an interesting video about net neutrality on YouTube, titled "Save the Internet" by Human Lobotomy.

I suppose I should be more worked up about the government/corporate take over of this beautiful example of peaceful, self-regulated, free flowing, human interchange. I'm not worked up, though. I feel anxious and resigned that the corporate government of America is mucking up the world wide web. I would like to get mad, get active, and successfully protect this "level playing field" of communication, but the "enemy" has all the time, money and spite in the world and can wait us out as they have in past conflicts.

A YouTube commenter has it right when he/she predicted the American response to this threat.

"They'd first have to pass a bill via congress, and the American people would uprise and they'd feel the backlash and back down just like they did with amnesty, It will never happen."

This video does a good job of giving historical perspective to the current advertising infestation which is threatening the energy and convenience of web surfing. As an example, Blogger/Google offers adsense as a means of making money for interested bloggers. I don't accept the offer. I just feel that too few people visit and so why junk up my site with flashing, attention grabbers that are mostly ignored. For sites that get more traffic, using adsense is perfectly fine so long as there are no noisy pop-ups and malware involved. See how this works? I choose to babble without remuneration and others choose to get paid to babble. Works great!

According to this video, the real danger to the internet is the double whammy of corporate greed combined with government control - self regulation goes out the window, choice is banned in order to protect the virtual world from terrorists and pedophiles, and the whammies kill off a good thing that delivers a nice ROI for most normal corporations, without infuriating the citizens of this virtual world. "Hamfisted" is the first word to enter my stream of consciousness about this issue. Visualize the whammies with their huge hamfists pummelling bloggers, ebayers, flickrers and twitterers, to name a few, and the phrase "save the internet" becomes appealing. We won't loose the internet - it will change, though. The evolution of newspapers, radio, film, and television is a template for the world wide web and we know it includes loud beer commercials and sexless car ads-just one hair short of relentless spam. Not pretty, and I hope I'm wrong.