What I Believe About You 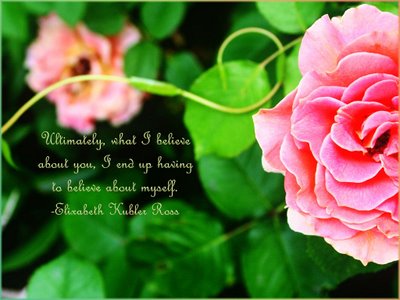 To Mercy Pity Peace and Love,
All pray in their distress:
And to these virtues of delight
Return their thankfulness.

For Mercy has a human heart
Pity, a human face:
And Love, the human form divine,
And Peace, the human dress.

Then every man of every clime,
That prays in his distress,
Prays to the human form divine
Love Mercy Pity Peace. 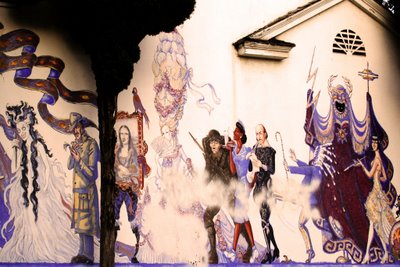 "What a Machiavellian cast of characters populate the Bush II presidency. It's like witnessing a circus where the ringleader is behind closed doors."- anonymous liberal

There is one Bush administration ambition that has never been hidden or obscured: it is the overthrow of the "liberal" American government and the institutions that support it. The federal judiciary has been a huge target for the old Bush 1-2 kidney punch as we have witnessed in his recess appointments of Charles Pickering and William Pryor to lifetime federal judgeships. There are many other such appointments and while the use of the "recess appointment" is common, no other President has used this temporary procedure as often as Bush. His overuse of this convenience shows his disdain and mistrust of Congress, in my opinion. Rather than slog through confirmation hearings and lobby for his picks, he'd rather appoint them and thumb his nose at the process.

Speaking of thumbing noses, hundreds of laws made by duly elected representatives have hit der Bushmeister's desk. Whatever Bush does not like, he (or Bush's Brain) simply picks it apart and then issues a "signing statement" indicating which parts of each law he will enforce, leaving the other parts of the law in limbo. His minion, Senator Arlen Specter, has introduced a Trojan Horse of a bill to the same legislators Bush ignores which is supposed to reign (pun intended) Bush in so he's marginally constitutional, especially as it relates to domestic spying.

...Let's make this long story short, the Specter Bill will exclude cell phones and the internet from privacy protections and open the door for the govt. to monitor cell phone and internet traffic. It may slap a few wrists with laws against presidents rewriting laws, but old GWB, can simply ignore this latest legislation with a "signing statement" allowing enforcement of the cell phone and email surveillance while not enforcing any restrictions on his activities.

In the past couple of days, Bush and his legal guy, have drafted legislation designed to protect themselves from prosecution for breaking Geneva war crimes laws. Even though Bush changed the balance of liberal/conservative bias of the U.S. Supreme Court by appointing two conservative judges (Chief Justice, John Roberts and Justice Samuel Alito) he cannot change the function of the Court which is to provide a check and balance on lawmakers. Instead of abiding by the law of the land against torture as it is defined and redefined by the Court, he is circumventing and subverting its power and authority by presenting legislation to Congress which he can later enforce or ignore with his convenient "signing statements."

I find it painfully ironic that Bush and his followers force countries living under dictators to embrace democracy while he uses recess appointments, signing statements and disgraceful electioneering tactics to keep himself and his supporters in power.

"It will consequently be exceedingly rare that a good man should be found to employ wicked means to become prince, even though his final object be good; or that a bad man, after having become prince, should be willing to labor for good ends, and that it should enter his mind to use for good purpose that authority which he has acquired by evil means." - Niccoló Machiavelli, The Discourses. 1517
Posted by Kathy at 8/11/2006 02:32:00 PM 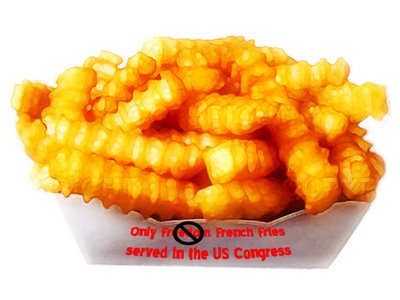 French fries are back on the menu in the US House of Representatives, three years after the name was ditched in favour of "freedom fries".

Thank heavens the BBC is not caught up in the Mel Gibson non-issue and is able to keep us informed of this Republican flip flop. History will show that the "freedom fries" protest supported by these deep thinkers is more of a diplomatic flop, at best.
Posted by Kathy at 8/03/2006 10:33:00 PM