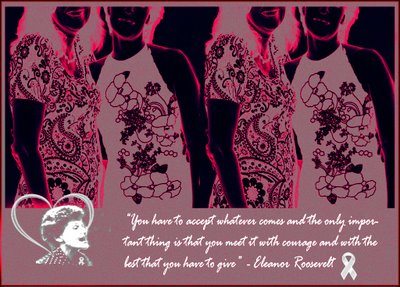 I ate an apple this morning and thought about my mother. She was born on this day under the astrological sign of Cancer - the crab. She died seventy-five years later of ovarian cancer. I think of her every day and feel blessed to have known her.

The good news is that science has discovered many things about cancer and one of the most important findings is that cervical cancer is caused by the virus HPV. Today,...

"The National Advisory Committee on Immunization Practices recommended that the vaccine, called Gardasil, be administered to girls as young as 9, at the provider's discretion, and for women up to age 26 who have not previously been vaccinated against the sexually transmitted human papillomavirus (HPV)." Over 3,000 women die each year from this cancer, and this new, immunization program is wonderful news in winning back lives and beating cancer.

The bad news is that my good friend, Janet, is not expected to survive the ovarian cancer she has been fighting for over a year. He husband called this morning to tell me this sad news.

The Eagle Is Worried, Part I 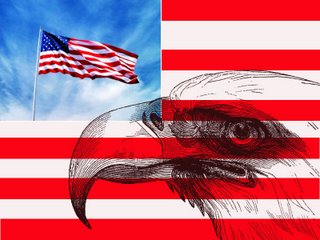 The Eagle is Worried.. Part I

"..,In the end the Party would announce that two and two made five, and you would have to believe it. It was inevitable that they should make that claim sooner or later: the logic of their position demanded it. Not merely the validity of experience, but the very existence of external reality was tacitly denied by their philosophy."
-from"1984" by George Orwell


"..,In November 2001, a secretive Pentagon directorate took shape within the Office of the Assistant Secretary of Defense for Special Operations and Low Intensity Conflict, known as SOLIC, whose purview includes aspects of military information operations. Headed by an Air Force brigadier general, Simon “Pete” Worden, an astrophysicist and the former deputy director of operations for the U.S. Space Command, its role was to harness a variety of informational activities to sway public opinion in the Middle East in favor of the administration’s war on terror. It was called the Office of Strategic Influence."
- from "Mind Games" by Daniel Schulman

The Bush propaganda machine is currently working overtime in the "run up" to the 2006 mid-term elections. Most current public opinion polls reflect my negative views on the Bush "war against terror." So..., now is the time for Bush republicans to convince us that three years of monstrous war is justified because .... 1) Al-Zarqawi is dead, 2) there were/are a bunch of useless bombs laying around Iraq and 3) a bunch of disgruntled Americans talked about bombing buildings and killing people in America . Over the next few months, many more "press" releases will tell us to be afraid of everything. I predict an increase in "terror" alerts, more immigrant and gay bashing and a push to restrict access to unpolluted information sources.

The ultimate goal is to keep me and over 20 million Americans quaking in our running shoes while we clutch our American flags, gobble up "truth based" reassurances, and vote the Bush republicans back into power because they can protect us from ourselves better. The most deadly reassurance is that we don't have to know much about anything because big Daddy WarbucksBush is in control and protecting his corporate contributors' interests. (Notice I did not say my interests. A true Bush patriot considers Bush interests as primary - overriding all others, including free speech, free assembly, privacy and ... you get the picture. It's an ugly one!)

So the war for our hearts and minds has begun. I do not look forward to dodging mass quantities of slimy poo tossed by propaganda monkeys over the next five months. Each wad of loosely packed vitriol will try to convince me that:

2 (corporate interests) + 2 (in control of our government) = 5 (a free country for all citizens). 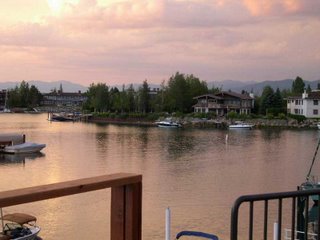 Something Soothing and Vacation-like

It's time. That annual urge to drive to beautiful far places is upon me My camera is charged up, bills are paid, "to do" lists and other check lists completed or purposely ignored. Go, go, go...
move fast through air untouched by any of my friends or neighbors. Go far away and live in the moment. Feels good already.

Meanwhile, back at the ranch...

the first annual color awards are announced!
Here is why language can be so confusing!
And, something tricky for the eyes when cubes collide.
Posted by Kathy at 6/11/2006 11:29:00 PM 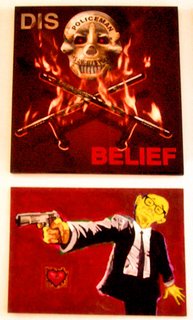 The results of yesterday's California primary are not surprising, except for the election of Republican Brian Billbray to the US House of Representatives for the 50th District (North San Diego). He ran against Democrat Francine Busby, Cardiff School Board member. Billbray's last job was a lobbyist!!! He belongs to the same "good ol boy" club as his recently indicted predecessor, Duke Cunningham.

Both of these career politicians sold out their constituents to developers/corporations for personal gain. Cunningham was such a successful employee of any corporation or group willing to bribe him, he could not be ignored. Just let your eyes rest on any paragraph in his bio link above and prepare to be amazed that he lasted this long without doing jail time.

Billbray started his political career as:

"...Mayor was marked by his attempt to build a yacht marina in the Tijuana Estuary and build a 1.5 mile breakwater off of the beach of Imperial Beach. Both projects were stopped by the opposition of local environmentalists and surfers. The Tijuana River Estuary is now a National Estuarine Research Reserve and California State Park. The breakwater project was halted with the help of the then fledgling Surfrider Foundation."

He continues to represent his corporate backers to the detriment of his constituents until they booted him. He should continue to be a lobbyist and work openly for those that pay him, but he gets to go to Washington instead and pretend to care about District 50

(btw, he's not even a resident of this place.

No wonder the Bush Republicans are jubilant. It's 2004 all over again. Simply unfurl some unsubstantiated and/or "misspoken" bullshyte about the opposition, say "gay marriage" and win the election - no need to even pretend to be ethical, caring or competent. What does that say about American voters?!
Posted by Kathy at 6/07/2006 11:26:00 PM 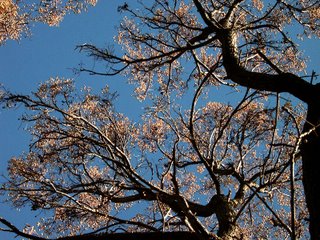 What A Long Strange Trip It's Been

"A foolish heart will call on you to toss your dreams away, then turn around and blame you for the way you went astray." - Grateful Dead, Foolish Heart

The item that really hits home is the death of Vince Welnick, the last keyboard player for the Grateful Dead. His cousin was one of my best friends when I was growing up in Phoenix, Arizona. At that time, Phoenix had a small town mentality even as it surged past the half-million population marker. Everyone knew everyone and the "grapevine" communication system was extensive, quick and accurate. Debbie and I would find out where Vince and/or other favorite musicians were playing and try to get in without being carded - often we would get in or we would wait for the non-alcoholic after hours sessions and dance or hang out.

There were so many really good players back in those days and not just rock players, but jazz, folk, and country western musicians too. Many of them migrated to Los Angeles for a shot at the big time, and Vince hit the bulls eye. Today's news item speculates that his success was not enough to make him happy, but what do press agents and reporters really know about anything. I hope he found as much happiness as he deserved and passed some of it on.
Posted by Kathy at 6/03/2006 01:25:00 PM