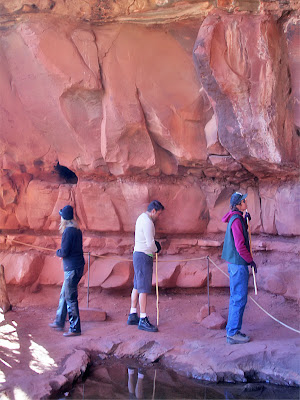 "No, Kathy. Why?" My father appeared to be mildly interested despite the Sunday drivers cutting in front of him and muttered about the almost empty gas tank. We were on our way to early Mass, just Dad, one of my older brothers and me. The summer air was still cool despite the rising Arizona sun and it was a delicious, intimate, quiet moment.

"Because you were arguing about the election, yesterday, and you both always seem to argue about the government. " I reminded him.

My father and the father of one my best friends, Lynn Ulbrecht, seemed complete opposites.

Physically, Buster (Mr. Ulbrecht), was a sun browned, compact, muscular man with an intriguing tattoo on one of his forearms and hair so short, he seemed bald. I cannot recall his occupation but I believe it was in construction or air conditioning, work that required him to be outside. His greatest joy was to work outside in his backyard during the hottest part of a summer day, sweating and making something useful with his hands. Whenever I spent the night at Lynn's house during the summer, the swamp cooler went off at 10:00 pm, despite the temperatures in the high 90s - it was hell.

My father was a music teacher. He was stocky, fairly tall, and avoided the sun which burned the bejeebus out of his fair, Irish skin. (Unfortunately, I inherited this cursed skin and have suffered numerous bouts of sun poisoning and permanent sun damage.) He enjoyed making things with his hands and I think this was what attracted Buster and Vince to each other initially.

What kept this friendship going was their ability to talk politics. Buster was a "Goldwater" Republican and in Arizona at that time, it was a position slightly right of God. Dad was one of the few "Union" liberals in our neighborhood, anathema to the Republican majority. While Buster was normally a low-key, quiet person, he would begin to roar whenever Dad would bring up the latest government scandal. My Dad was usually the instigator, although I remember Buster laying in wait a time or two where he would offer Dad the obligatory coffee, hustle him over to the newspaper pointing out the latest Washington scandal that made the Democrats look bad, and then they'd be out the door to his shop. By the time they were "in the back" the whole house could hear the "debate." Mrs. Ulbrecht would close the back door, crank up the cooler, and turn up the volume of her favorite Montavani record, knowing that the debate would continue for at least the next hour.

This pattern continued for quite a while and both men seemed to enjoy what Dad called a spirited political discourse until "the argument." I never paid any attention to what the elders were doing, except in my mental peripheral vision and on that Saturday, I sensed a decided animosity. The dynamic of the political discussion seemed to change from debate to argument, and I recall Mrs. Ulbrecht having to break out some sweet rolls and coffee to distract them from waving any further red flags in front of their bullish selves. It was the only time I heard Mrs. Ulbrecht scold, ever so slightly, and I noticed that Mr. Ulbrecht was very resistant to this scolding.

A line had been crossed. This dark moment reminded me of times when my brothers would wrestle around with each other until someone poked an eye or shoved an elbow into a gut and the whole "wrestle" dynamic would change to punching, gouging and intentional hurting. An elder would intervene and I soon learned that friendly wrestling had to have strict rules vigorously enforced.

I didn't realize it at that time, but in hindsight, I know that that ferocious argument was the beginning of the end of my friendship with Lynn, and killed Dad's friendship with Buster. I don't recall what political landscape these two men got themselves into, but it was during the time of the Viet Nam war, and many such friendships were fractured and/or destroyed over this conflict.

Yesterday, William F. Buckley died. Like Barry Goldwater, he was an icon of modern U.S. political conservatives who managed to gather together the more coherent voices on the far right while adroitly shunning the the bible thumpers and white supremacists. By excluding the conservative "fringe" he was able to form an actual movement which avoided, until now, perhaps, self destructing. Buckley was a human template of "spirited political debate" and his "Firing Line" television segments always seemed to have the necessary rules and enforcements to avoid the vicious gouging and pettiness in lesser political debate programs. I seldom agreed with him. I admired his questions, yawned through many of his tedious and overblown responses, but always respected his desire for cut-throat debate vs. brass-knuckle argument. He was an interesting and magnetic personality.
Posted by Kathy at 2/28/2008 09:27:00 AM 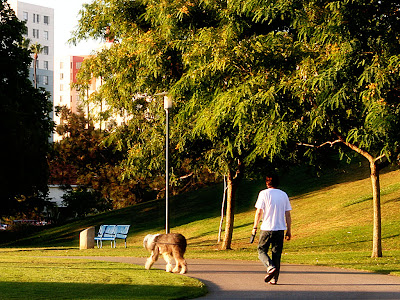 Lately, booting up and using my PC is like trying to get an elephant to break dance! I have deleted or offloaded tons of photos and dreadful photoshop experiments and that has helped free up space and increase speed. Lifehacker also recommends a nifty way to identify and delete or manage applications that my PC starts and processes automatically. Isn't Lifehacker grand!

On a Dark Road 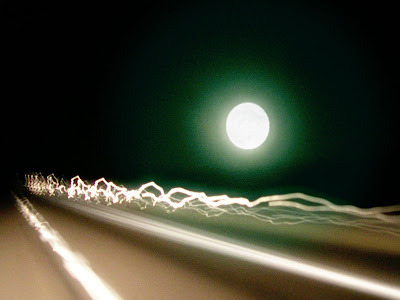 Sometimes a person you love gets lost and wanders alone in a dark place.

The terror of that loneliness chills your heart and you struggle to banish the coldness. You examine your experiences, your strengths and weaknesses, and try to find something outside yourself that might guide this loved one out of the darkness. Then you realize that you do not know the dark terrain this person must travel and you are terrified. The only thing you know is that this person is good despite the self-destructive path she has chosen. You remember how loving, thoughtful, giving and joyful she was before she got lost. You know that this is her true nature and are baffled and disturbed that she is fearful, dishonest, violent and self destructive.

You want to wrap her up in a blanket of your love and carry her through the darkness and away from the path she chose. You want to save her and save your own sanity at the same time. It is not your nature, not your style to stand back and watch someone you love suffer. You need to take charge. This is your struggle. You interfere, you intervene, you try to understand the incomprehensible, and you exhaust yourself and others in your struggle until you realize that you are lost and wandering too.

It is at this dark hour, that you dig deeper inside yourself and discover the truth. By now, you don’t love yourself as much as you used to. You feel like a failure. You feel like you are somehow at fault for the darkness that obscures every waking moment, and you need the light and warmth of self love to get you through this struggle. You look in the mirror and see the dim, but constant glow of self love reflected back. You close your eyes and study the glow until you realize that you must love yourself, unconditionally. You love life. You love your life. You love that lost part of yourself and you want the present part of yourself to be a guiding light to the joyful heart you know is the real you. You want this unconditional love for yourself and you want to share this love with the person who got lost in the first place.

The lost may or may not see our heart light. If we love them, we will keep this beacon strong and bright for them and for us. It is the only thing that pierces the darkness and guides them to their true selves. When they lose their self love, we love them unconditionally and give them a vision of their true self: honest, healthy, strong, and loving. We support the truth of this person and reject the falseness of their fearful behavior. We support the truth of their struggle to make a way in the darkness, and reject their manipulations, selfishness and defiance when the struggle is hard.

We hold the light for them by being truthful. Truth tells us that we cannot fix this person or the environment in which they wander. We cannot protect them from themselves. We can affirm their true nature, a perfect, loving creation of spirit. We can guide them by our example and be an honest, loving, compassionate person. We can love their spirit, unconditionally, and offer them an oasis in the desert of their self loathing. We can celebrate their victory over the darkness, knowing they will win.