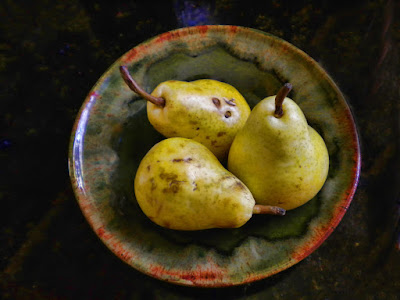 "At least 28 people died in Ecuador when a 7.8 magnitude earthquake struck off the country's northwest Pacific coast late on Saturday, causing 'considerable damage' near the epicenter as well as in the largest city of Guayaquil." - Business Insider

There are moments in life that scare me. Times when something or someone or some thought pushes against my heart's chamber and makes me listen with my whole being. The something that truly lifted the veil of the illusion that I am safe on this planet was the Northridge, California, earthquake at 4:30 am on January 17, 1994. It was a 6.7 magnitude monster that killed 57 people and injured thousands. The power and water grids snapped and were out for days. Unstoppable fires painted the skies with lurid grime and grit blanketed the area. Aftershocks further damaged structures and people's nerves so badly that whole families lived in tents in their back yards for weeks afterwards. I remember feeling unhinged dreading that each step would anticipate an aftershock and this feeling persisted for months, years really.

Nature in all her majesty and wonder shrugged her elegant shoulder and millions felt her indifference. People were angered. They wanted a reason for this disaster. Pat Robertson preached that this scourge was God's punishment for the gays, the pro choice advocates, for perversity. Tiny minds mired, in simplistic questions and answers could not grasp the vastness of an expanding universe and accept the insignificance of the human species. An earthquake was an affront to godliness somehow, a punishment when in reality this natural phenomenon is but one of millions of manifestations of a vast and complex universe incapable of stopping itself to focus on the speck of dust that is earth. I am comforted by the unknowable cosmos. It is a comfort to be but one tiny stitch in an endless fabric of diversity. I don't fear nature. I fear the reactions of terrified people when distressed.

The crunching and grinding of the earth beneath my feet on that morning, the groaning walls and roar of erupting earth, the ripping and collapse of engineered structures designed to shelter and nurture us, brought me and my neighbors to one point. Are you okay? Are you alive? Do you need help? I feel sad for my neighbors in Japan and Ecuador today. It will be a long time before they rest again.