It was a slow day in the elections office. Several volunteers were on the phones calling democrats and independents, urging them to register to vote and to vote for democrats. One volunteer named John wandered into the reception area. He was a good looking, older man with a lovely British accent and he sat in front of my desk munching on potato chips, sipping water. He had just phoned a rabid republican voter for Donald Trump and had suffered some minor verbal abuse. I could feel the confusion and anger radiating from John and got ready for a rant. It came pretty quickly and I was not surprised.

"How can anyone vote for Trump?" he said, and he proceeded to catalog all of Trump's more egregious violations of human decency in recent times. He finally concluded that people voting for Trump were racists and misogynists and the most alarming thing about them is their numbers. We both agreed that no matter how offensive and thuggish Trump was, his base of white supremacists were counting on him to uphold the dominance of white males in America and they do not care how he does it. We agreed that our only hope is to continue working to get Hillary elected. I didn't want to bring up the glaring issue of what will happen to the defeated Trump supporters. We both knew, however, that this election simply shines a harsh light on America's festering wound: racism.

I'm white and I'm old enough to remember traveling through the South as a little girl and being told that I couldn't drink from the "colored" drinking fountain. I don't think I was able to read signs very well then, and hadn't been trained to look for them. I was thirsty. Our family had stopped at a park in a Texas town on the way to our grandmother's house in Buffalo, New York. I saw people drinking and went where the water was and got a drink. Somehow, this was wrong in this strange place. I remember running back to my mother and thinking she was mad at me, but she later said that she was mad at the lady that called me a "nigger lover", and she was concerned about where we could use the toilet, and she was trying to figure out where to get bread and bologna for sandwiches, and she worried about where to get gas for the car.

These basics of human interaction were regimented and regulated and unfathomable to any person not familiar with Southern segregation. My father figured out the gas situation and we left the town in a hurry. All of us had to use the side of the road as a toilet, but anything was better than being in that stifling, threatening place. Apparently, we'd missed the signs in this hell-hole which said "No Colored - No Jews - No Dogs." My parents made it a point to read road signs and avoid towns in this part of America for the rest of the journey. That was the last time our family took the Southern route from the west to the east coast.

Ava DuVernay’s documentary "13TH" explains the roots, branches and leaves of the tree of racism in America. I've experienced only a small fragment of this bile in my lifetime and I can't image the despair depicted in this film. It's a sad, horror show of man's inhumanity to man and a warning that dismissing the message of the "black lives matters" movement, continuing to look the other way while people of color are demonized and exploited, and supporting a punishing prison industrial complex will be our downfall. 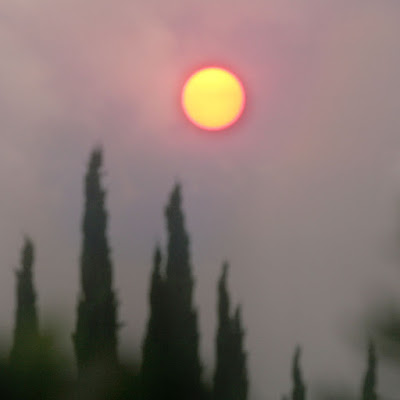 What Kind of Times Are These
BY ADRIENNE RICH

There's a place between two stands of trees where the grass grows uphill
and the old revolutionary road breaks off into shadows
near a meeting-house abandoned by the persecuted
who disappeared into those shadows.

I've walked there picking mushrooms at the edge of dread, but don't be fooled
this isn't a Russian poem, this is not somewhere else but here,
our country moving closer to its own truth and dread,
its own ways of making people disappear.

I won't tell you where the place is, the dark mesh of the woods
meeting the unmarked strip of light—
ghost-ridden crossroads, leafmold paradise:
I know already who wants to buy it, sell it, make it disappear.