The Man With the Same Plan 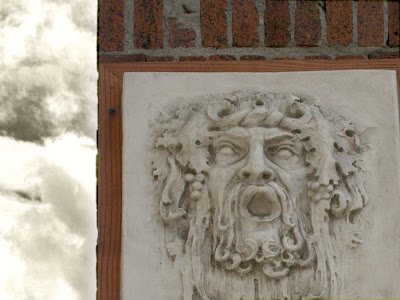 "The definition of insanity is doing the same thing over and over and expecting different results." - Benjamin Franklin

"He looks normal," I thought as I watched GWB respond to Jim Lehrer's interview questions this evening. It's not fair that normal looking people can say and do insane things.

I was impressed with Lehrer's questions. His attempts to pierce the Bush bubble of delusion and fantasy were the most fascinating aspects of this interview. This question and the President's answer stands out...

PRESIDENT BUSH: "Well, actually - I will sound defensive - but some of my decisions actually have worked, like getting rid of Saddam Hussein and helping the Iraqi government form a unity government that is based on a novel constitution for the Middle East. As a matter of fact, in 2005, I thought - I mean, in 2006, I thought I'd be in a position to remove troops from Iraq, in other words, hand over more of the authorities to the Iraqis so they could take the fight, and then this sectarian violence that you described broke out. And the question is, do we try to stop it? Do we help the Iraqis stop it? And a year ago, I felt pretty good about the situation; I felt like we were achieving our objective, which is a country that can govern, sustain, and defend itself. No question, 2006 was a lousy year for Iraq. And so the question I'm now faced with is do I react to that or do we just begin to leave, which is - some people - decent people on Capitol Hill think we ought to do. I made the decision, let's succeed; let's work for success not work for failure."

Bush goes on to describe "success" and I am struck that his description could paint a picture of pre-Iraq War II. Prior to the 2003 invasion of Iraq, thousands of knowledgeable people, plus ordinary citizens worldwide, predicted civil war if Iraq was destabilized by an ill planned, revenge war. All of these predictions have come true.

Yet, the man with the same plan closes his eyes to the truth, refuses the alternate plan put forth by the Baker Commission, challenges Congress to come up with a plan (see Baker Commission plan just mentioned?!!) and continues on his merry, belligerent path of cruel destruction.

Many organizations have urged Congress to exercise its Constitutional powers to halt the escalation and force the Bush administration to listen to the people they serve. We live in very difficult and confusing times, but it is clear that violence creates more violence. It does not create peace and staying on this course of violence is sheer insanity.

You Are What You Think 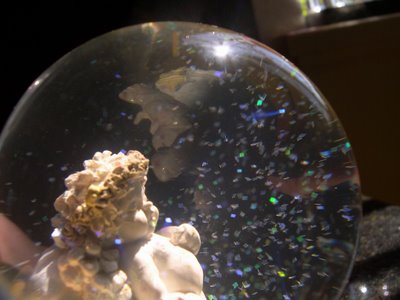 It's New Year resolution time again. And, I'll probably resolve to lose weight, learn something challenging, make more money, and plant stuff - same as last year. The operative phrase is "I'll probably." Not a lot of resolution in this statement and not worth any effort in its present form.

What I need to do is clarify my goals and work backwards, listing only those challenges that are at least fifty percent "do-able." Then, create a vision of the results and make a plan. The plan will include short-term goals, a long term timetable, and a plan to "tame the wild mind."

I recognize the truth and value in Marcus Aurelius' wisdom. I am what I think, and now is the time to develop a positive, life affirming and success oriented attitude. I want a strong mind in a strong body. Just writing this goal is exciting.