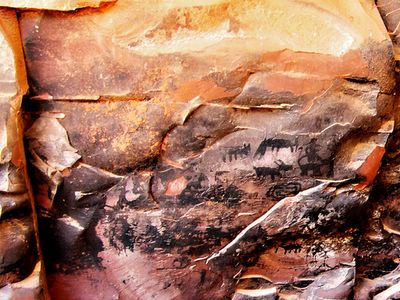 Sinagua Indians inhabited the majestic red rocks of Northern Arizona. Their pictographs are still vibrant after years of neglect. Art endures and a recent reference in Metafilter sheds a little light on the purpose of these creative artifacts.
Posted by Kathy at 1/30/2006 04:37:00 PM 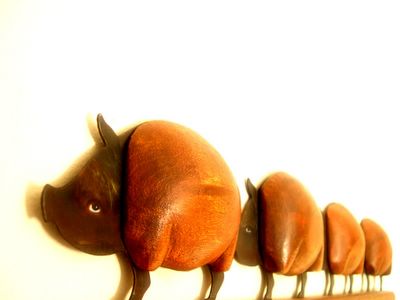 Well, I am glad to report that the Los Angeles Times newspaper did not come today. I am praying that this non-delivery continues forever but there is a niggling doubt that I am not so lucky. This persistent anxiety is probably because the Times has ignored my requests until today and I am paranoid this soggy rag will appear on my doorstep tomorrow. I won't regurgitate my earlier blog entry on this issue. I'm completely bored with it myself. I do have another bone to pick with this news source though.

How the poll was conducted:

"The Los Angeles Times/Bloomberg poll contacted 1,555 adults nationwide by telephone Sunday through Wednesday. Telephone numbers were chosen from a list of all exchanges in the nation, and random-digit dialing techniques allowed listed and unlisted numbers to be contacted. Multiple attempts were made to contact each number. Results were weighted slightly to conform with census figures for sex, race, age, education and region. The margin of sampling error is plus or minus 3 percentage points. For certain subgroups, the error margin may be somewhat higher. Poll results may also be affected by factors such as question wording and the order in which questions were presented."....Blah, Blah, Blah... they lost me at the word, "nationwide." So, we can't know the demographics of this telephone survey, except that the respondants are adults.

Ummm, okay, so the LA Times polled America. From the headline, you'd assume that one of the big questions in this telephone survey is "Do you trust President Bush." That's what I assumed and in looking at the survey questions themselves, there is nothing quite so blatant, but many questions were asked about whether he fulfilled his campaign and anti-terrorist promises and in each case a sizeable majority of the respondants say he did not.

Skip the Times lame and biased "analyses" and "opinions" and go to page three of this article. Here is the real deal:

54% - Disapprove of President Bush's job performance.
62% - Think the country needs to move in a new direction.
45% - Trust Bush to protect the nation against terrorism.
46% - Intend to vote for Democrats in the November elections

I guess the LA Times thinks it is significant that anyone trusts the Bush administration and extrapolates this nugget of positivity into the misleading headline above. The headline makes no sense!! How many people do you disapprove of and will not support and yet trust? The numbers above do not convince me that "trust" remains for ol GWB! Why would this "news" paper push this misconception? Bush has admitted that he doesn't read newspapers and is not a big supporter of them, so why must the LA Times sell out and become just another corporate propaganda machine? Dumb question, I tell myself. Because wars, graft, greed, corruption, sell papers. It's all about the Benjamins and 45 percent of Americans surveyed apparently want to perpetuate the Benjaminian principles of, erm... well, graft, greed and corruption. *sigh*


I am still reeling from the horror of the re-election of this group of corporate shills. The LA Times and the other corporate newletter publishers want us to believe that Bush & Co. can be trusted with our health, our children, our environment, our economy, our future even when their own surveys tell them we don't believe the lie. Well, most of us don't believe it. The 45 percent who think the Bush administration has any redeeming value belong in Orwell's "Animal Farm" lined up like good little piggies, ready for the slaughter. Unfortunately, they're taking the rest of us along for the boxcar ride.
Posted by Kathy at 1/27/2006 02:29:00 PM 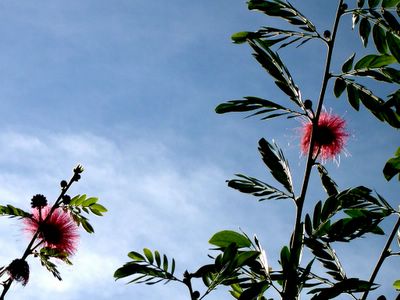 “Is that you whistling, Mom?” Nick’s voice held a boy-shimmer of hope and wonder. His small question sent a dart of youthful joy into my weary heart. I listened for a laugh or a smiling response and heard nothing.

“Oh,” he responded to what must have been a lackluster comment from “Mom.” He gave a cosmic shrug and resumed scraping his skateboard across the concrete patio. I had been holding my breath as I shamelessly listened in to this family interaction.

“Interaction,” is an odd, modern-day, psychobabble word, but very descriptive of their rather sterile mode of communication. They are the next door neighbors and the “next door” part of the description is not quite accurate. Our houses are separated by a swatch of patchy grass, a hedge and their driveway. On rare occasions they cut down their towering hedge before it topples and then I can sometimes look into their kitchen and watch their lips move as they mumble their dour and passionless requests and responses.

This morning’s whistling episode is noteworthy because it was cheerful. It was an expression of human warmth and feeling. Whoever created the whistled song transcended the normal interaction and pulled us all into a realm of color and light. For a about thirty seconds, the sun was brighter this morning.
Posted by Kathy at 1/16/2006 02:33:00 PM 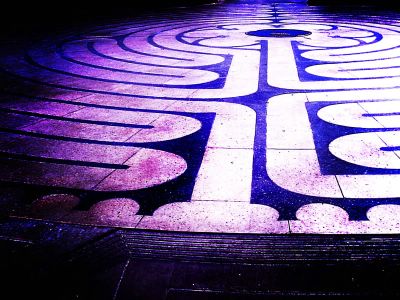 At the end of November, two neighborhood teenagers rang my doorbell. They were peddling a community service program sponsored by the Los Angeles Times. I signed up for the paper so they would get extra class credits and I would get the news, delivered to my doorstep on Fridays, Saturdays and Sundays for fifteen weeks.

While I was writing out my check to these girls, a small, hysterical voice in my head screamed, "You idiot!"

For five weeks, my husband and I have tried to find some value in this chunk of murdered trees. The first three papers taught us to avoid the front pages unless we hankered for useless articles about uninteresting subjects. We sifted through the "world" news section once in a while and found a nugget or two of information. The "local" section was decent, especially since much of the information is not available on the internet. The nation, business, calendar, sports sections were disappointing. Finally, we had to find a new car and tried to glean something useful from the classified section, and found out that Toyota and Nissan were having sales - a redundant and less flashy advertising alternative than the relentless and loud TV ads.

The paper sucks. It's recently been bought by the Chicago Sun Times, ferchrilstaches, and revenues are declining. Maybe they are trying to save money. I've notice that the front page is peddling generic fluff instead of highlighting city specific articles about important things - a recent front page headline on bottled water!!!! comes to mind. Hey! Where are the facts we need to figure out what is going on in the real world. If they are authorizing articles on water, how about on the corporations that are buying up this resource and selling it in third world nations. What about water quality, pollution, availability, conservation and other things we need to know about to live. Too boring? Not enough sizzle to sell this steak? No money in it?

And now we briefly examine the great Virginian mining journalism disaster. The "ooops" did-we-say-twelve-miners-survived-we-really-meant-to-say-they-died. And, to add insult to horrendous injury, the media now focuses on the reporting mistake and has kicked the deaths of the miners to the curb. Why? Too depressing? Blame sells? Or, no one really understands the basics of information dissemination: who, what, when, where and why. The facts, please. Let me sizzle my own steak - I don't need some airbrushed repugnatan groupie doing it for me.

Well, I shudder to think what new generic news items I have to look forward to on Friday. I've already bought another recycle bin for this mass of soggy, grey and black pulp. I want it to stop! (Please, God. Make it stop and I promise to never, ever cave in and subscribe again!) I've called twice to stop delivery or reroute it to some other poor, unsuspecting citizen - don't start with the guilt trips, please, I'm desperate - and it still shows up in the middle of my dew drenched lawn. I guess no one else wants this loser. Why should we pay for a generic newspaper when we can get the same crap for free on Channel 13's nightly, news-o-tainment program. I refuse to watch it, btw.

I realize that there are more important issues to get worked-up about, but right now I'm concerned about the quality and truthfulness of America's information sources. I find the internet a good place to gather the facts and form an opinion. Three websites I check once in a while to glean facts from journalism fiction are factcheck.org, cursor, mediawatch and Information Clearinghouse. Ironic that these are "progressive" sites.

I've tried to be non-partisan when it comes to checking facts and I used to take a look at the National Review Online and the Cato Institute to keep up with the latest right-wing, Libertarian spinnage, but any GWB supporter has a serious problem with truth and reality, in my opinion.
Posted by Kathy at 1/04/2006 10:10:00 PM