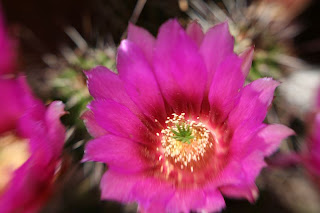 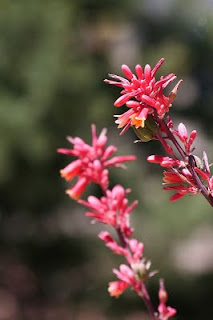 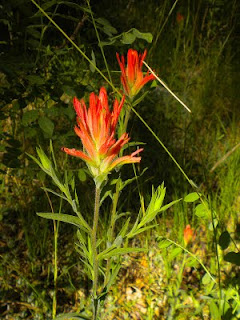 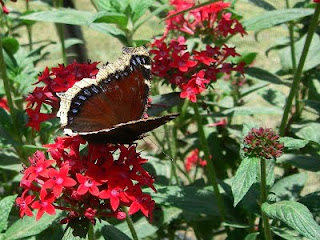 Mourning Cloak Butterfly on Geranium
The Flowers
by Robert Louis Stevenson
All the names I know from nurse:
Gardener's garters, Shepherd's purse,
Bachelor's buttons, Lady's smock,
And the Lady Hollyhock.
Fairy places, fairy things,
Fairy woods where the wild bee wings,
Tiny trees for tiny dames -
These must all be fairy names!
Tiny woods below whose boughs
Shady fairies weave a house;
Tiny treetops, rose or thyme,
Where the braver fairies climb!
Fair are grownup people's trees,
But the fairest woods are these;
Where, if I were not so tall,
I should live for good and all.
Posted by Kathy at 7/26/2011 10:04:00 AM 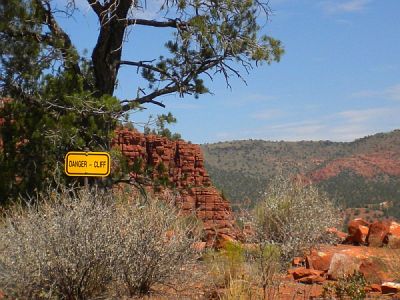 I am hoping that the latest right wing insanity, the debt ceiling obsession, will go the way of Carmageddon - a fizzle not a firestorm!

The republicans voted to bail out the banks, they continue to fund two disastrous Middle Eastern wars and now a third, they voted tax decreases on high income earners, they voted to increase the size of the federal government by adding the bloated Homeland Security Department, hell, they even voted themselves a salary increase!  And, the democrats voted for the same things.

The difference between the two is that republicans can't or won't remember their big part in creating the ever deeper deficit hole and now refuse to pay for the debts they incurred.  In fact, they play the victim - amnesia victims, who have forgotten that they are the government they hate while collecting their paychecks.  They aren't public servants trying to make a better government for suffering constituents. They're  anti-government activists whose only tools are pitchforks and blow torches aimed at burning down the house.

These teapublican amnesia victims are dictating that the only solution to the debt crisis is the blow torch.  They want to remove all other tools, especially credit, to dig our way out of this deficit ditch by holding America hostage with their useless haggling over the debt ceiling?  They play partisan politics with my 92 year old mother-in-law's social security checks, and with the health of lower income workers through medicaid cuts.  The Paul Ryan "Path to Prosperity" wants to roll back expenditures to 2001 levels without eliminating the Bush tax decreases which were to expire when the surplus was spent.  Not only do they want draconian cuts in everything except the military, they want to replicate California's disastrous revenue straight jacket - the dreaded 2/3rds majority rule to pass a budget and raise revenue.  The golden state finally had to eliminate this arm of its financial straight jacket, but continues to maintain the constitutional requirement of a balanced budget.  So..., even though the California legislature passed a budget on time this year, it was not balanced and therefore not legal, so no paychecks legislators! California's budget delays and government shut downs have become an unfunny joke nationwide   So..., why saddle the U.S. Constitution with requirements that are unworkable?  Only someone familiar with Republican logic can explain this one.

Ahem.... not to digress further into republican fantasy, look at California now.  Republican anti-tax crusaders have proven that cuts, caps and balances do not work in the real world.  The people had to bring back ole Jerry Brown to salvage what's left of the state.  I don't want the U.S. government to go down that path.  As far as the debt ceiling is concerned - raise it or eliminate it.

One more time...  three expensive wars, lower taxes on the rich, bank bailouts, ObamaCare, and unforeseen natural disasters require lots of government money.  If republicans do not want to raise taxes, then the costs are deferred and money must be borrowed.  If our AAA credit rating is destroyed, then it will cost more to borrow the needed funds, much more than can be gained by gutting social security, eliminating ObamaCare, halting all public works, etc.  So, by playing around with America's ability to borrow, House Majority Leader Eric Cantor (R-VA) and his overlords make the deficit problem worse.

Good credit is a useful tool and a necessary one right now.  We need to be able to borrow more to pay our bills and keep interest rates down - right now.  That is separate from cutting costs and living within our means.  America has turned the economy around before and will do it again, but not by taking a meat cleaver to granny and the grandkids she's supporting.

A man like Cantor who has the balls to say to Joplin, Missouri, that the U.S. government can't find the bucks to help them recover from devastating tornadoes because of deficit spending is a disgrace and an embarrassment to public servants everywhere.  He doesn't serve the public, he serves his ideology and partisanship.  He is a tool, but not one America should use to revive our ailing economy.
Posted by Kathy at 7/18/2011 03:15:00 PM