Count Your Blessings and Your Misfortunes 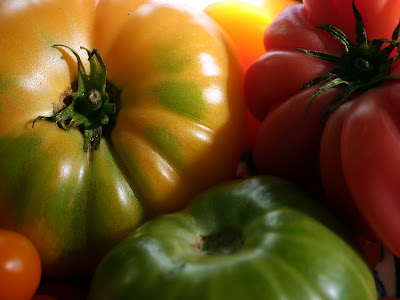 Not long ago, I worked with a woman who was competent, energetic and stuck in a divorce time warp. She could not get over her ex-husband's infidelities. I'm sure this guy had more flaws and faults that the San Andreas, but I only got as far as his disloyalty and deception. When I knew I'd be spending a few minutes working with her, I felt fear. Her resentments stirred up old memories of my first marriage and divorce. I tried controlling the conversation and guiding it into more positive, neutral areas, mainly work related, and this approached was successful for a while, until Father's Day rolled around.

Her son was visiting from out of town and she resented his plans to see his father, her ex. I actually shook my head listening to her rant about the obvious reason the kid was visiting - it was Father's Day - he wanted to see his father. Her bitterness and resentment were poisonous. I really wanted to be somewhere else and prayed that work would intervene and save me.

Finally, she more or less asked me to buy into her rant and all I could say was "Wow, I'm really sorry about that. I hope you can get past it and feel better, soon."

Later on, I learned that she quit the next day. My supervisor said she quit because of scheduling problems, but I think she may have been offended by my response to her ongoing battle with her ex. I felt badly. I experienced a smidgen of Catholic guilt and then I realized that she reminded me of a lesson I thought I had learned years ago: put down the microscope and pick up the mirror. Her words, her experiences made me afraid. I feared something that didn't exist because of my past and her present. Crazy!

She was a good teacher and I'm grateful for knowing her. Thanksgiving is often represented as a time to be grateful for our blessings and that's good. It's also a time to reflect on our misfortunes and pick up the mirror so we can see how much we've learned from those difficult teachers and life lessons that come our way. By knowing her, I've learned that I have gained forgiveness and need to be more compassionate. Always something to learn in life and nothing more important than compassion. 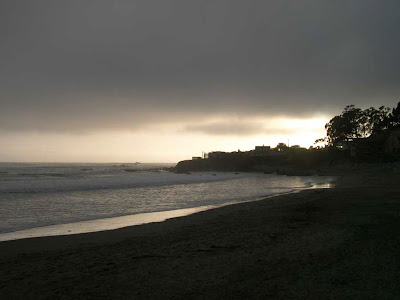 "HEAD START UPDATE: Congress on Wednesday passed and sent to President Bush a five-year Head Start bill that opens up the popular preschool program to more children while taking steps to see that it is well-run and that its teachers are better qualified."

Mixed in amongst the latest Bush appointee confirmations and the defeat of the latest health and education spending bill are several positive items. I'm really looking hard for a glimmer of a silver lining these days. I just order a book written by Studs Terkel titled "Hope Dies Last." It is supposed to be excellent and inspiring. If it is anything like his book, "Working," it will be an influence for good in my life.

T J and the American Way 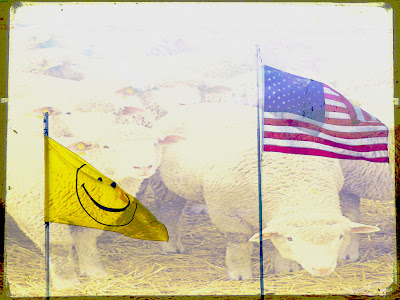 "Archie Gates: What's the most important thing in life?
Troy Barlow: Respect.
Archie Gates: Too dependent on other people.
Conrad Vig: What, love?
Archie Gates: A little Disneyland, isn't it?
Chief Elgin: God's will.
Archie Gates: Close.
Troy Barlow: What is it then?
Archie Gates: Necessity.
Troy Barlow: As in?
Archie Gates: As in people do what is most necessary to them at any given moment.
- Dialogue from the 1999 movie, "Three Kings" written/directed by David O. Russell
I wish I could say that I am not a sheeple, wandering through aisles of Walmart discounts while my country froths at the mouth in fear. The dire results of a fear-based government are not hidden. If and when I get my head out of my consumerism, I can ferret out tv programs, reports and press releases that tell us about the outrageous errors and omissions of the GWB fear machine. Most of the outrages are reported, as they happen, and the press sheeple, don't know what to do with it. Is the "leak," the "interview," the "briefing" fact or fiction. Is it a political trap set by Rove and his acolytes to destroy someone or some fact? Because of BushCorp's spinning information roulette, is it any wonder the media is so lame. After six plus years of shoveling through bullshyte to find a nugget of intelligent information, is it any wonder the sheeple don't read, investigate, listen? Even Nixon was more truthful than this crew and he was impeached, successfully.

I knew the repugnatans, neocons, whatever you want to call the ex-Reaganites had changed the game when only Poindexter, Weinberger, and North out of the whole demented gang were indicted in the Iran-Contra Affair. If you've forgotten about this horror show, the same people working for GWB were busted for selling arms to the enemy and for using the proceeds to fund an illegal war. Reagan "misspoke" and said this did not happen and recanted when faced with reports published in Lebanon telling the truth. Reagan was not impeached for his part in overseeing or not overseeing this disaster. He may not have "pulled the trigger" but he sure did load the gun by appointing and protecting these shady characters.

And... no surprise here... the gun is still loaded and blasting away. Instead of Poindexter, Abrams, Negroponte, Allen, and Gates supplying arms to Iran to fund an illegal war in Nicaragua, these same repugnatan/neocons are out-of-the-closet with their dirty tricks and spoiling for a fight with Iran and their supposed illegal nuclear weapons. They don't even bother to cover up their crimes. They simply go to Congress and have the laws changed to suit their "security" purposes.

Sheeple started feeling the heat in 2006 when gas prices climbed to more than $3 a gallon and when the hypocrisy of the "born again" Congressmen pedophiles and molesters hit the papers. The Democrats/saviors/purveyors of truth, justice and the American way were elected to replace repugnatans and were expected to end the Reagan/Bush/BushCorp rule. Unfortunately, somebody has something on some Dems, because they are caving in under the pressure.

Truth, justice and the American Way have not improved noticeably with the democrat majority - we have watched Cheney dance from the Senate to the Executive branch to the twilight zone avoiding accountability laws, particularly papertrail procedures prescribed by law. He claims he is above this law - on the same level as the president and now, thanks to democrats, Schumer and Feinstein, BushCorp has Mukasey, an attorney general who agrees with this elastic interpretation of executive power.

The dems were elected to stop this train wreck and they have the impeachment tools to do the job, but the demsincharge insist that holding Cheney and Bush to a reasonable standard of conduct (e.g., no lies that start wars, no torture, no blatant incompetency ala Katrina, no corruption, no erosion of the constitution, no subversion of the press for political purpose) wastes time better spent on bipartisan or non-partisan issues. While I applaud the "get it done" approach, I bemoan their shortsightedness. Unless these repugnatans are held accountable and banished from public office - they'll be in the next Republican president's cabinet.

The American sheeple are being herded into smaller and smaller pens filled with the fodder of economic ruin and debilitating fear. Our big screen TVs filled with Britney bashing, crime, car commercials and Walmart shopping happiness are distracting us, but the distractions are wearing thin. More and more of us are paying attention and keeping track of the cons of the neocons. More and more people are realizing that it is necessary to spend less time consuming and more time participating in our communities and our government so that we can do something about the things that terrorize us (e.g., waterboarding, internet surveillance, detention without due process, class division, racism, poverty) and push for things that enhance and promote truth, justice and the American Way.
Posted by Kathy at 11/12/2007 11:40:00 AM