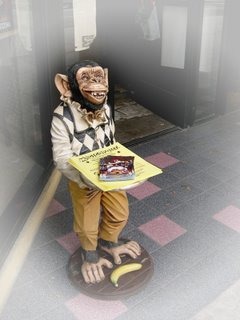 No More Smoke and Mirrors

HOUSTON - Kenneth Lay and Jeffrey Skilling were convicted of conspiracy and fraud Thursday by a federal jury that laid blame for one of the biggest business scandals in U.S. history squarely on Enron Corp.'s two former top executives.

"I firmly believe I'm innocent of the charges against me," Lay said following the hearing. "We believe that God in fact is in control and indeed he does work all things for good for those who love the lord." - AP release on May 25, 2006

I normally feel a twinge of sympathy for people under duress, but I feel nothing for these two. Jail time is the least punishment for the harm they did to millions of people here in California and in Texas and, well, nationwide. Their prison sentences will not bring back jobs, pensions, investments, businesses, but at least the government sent a clear message to clueless bozos who are responsible for allowing or encouraging graft, corruption and greed to overrun their companies. Cooking the books, reaming the public, bankrupting your shareholders and employees will not be tolerated in corporate America. 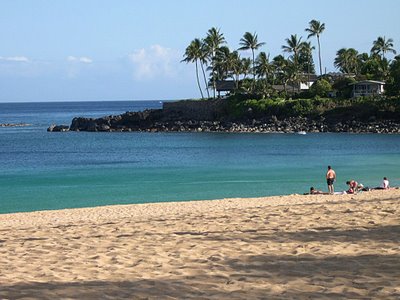 First on the Beach

There is something lonely yet exhilarating about being the first person to throw down a blanket on a public beach. Before marriages, child, mortgages, and fear of skin cancer, I thought nothing about grabbing a towel, a newspaper and a coffee and spending a morning on the beach. "Things" are more complicated these days and I find that I cannot travel light. Thinking about it right now, I am alarmed at the thought of traveling at all!

Meanwhile, here are some wacky beach inventions for those who want to travel light and be spontaneous, but really can't do it! 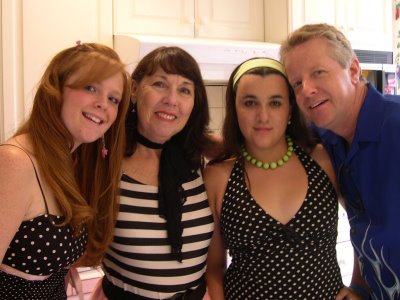 A Prayer for Healing

Help me to realize, O God,
That though healing and curing
Are not necessarily the same,
It is healing that makes me whole.
Heal me, then, O Lord.
Breathe into me, Your peace.
Comfort me with Your love
And help me to know that
You are always with me.

Janet, my lovely friend in the horizontal stripes above, is very ill. She is battling cancer and has become very weak from almost a year of radiation and chemo therapy. She has the love and support of her husband, Tim, and of her children and friends, and she is so easy to love.

She is a long time Los Angeles Dodgers fan. I remember one ball game that we attended a few years ago. KC and the Sunshine Band and the Commodores played in the Stadium after the game. I don't remember who the Dodgers played or if they won or lost, I just remember Janet dancing in the aisles and generating happiness with each laugh. She loved to organize wonderful "brunches" and get togethers after work and would be doing her thing right now if she felt better. She's so much fun.

I pray that she is cured of her cancer and she regains her zest and laughter. I pray that she is healed and made whole in body and spirit regardless of where this illness takes her. She is living love and a blessing. 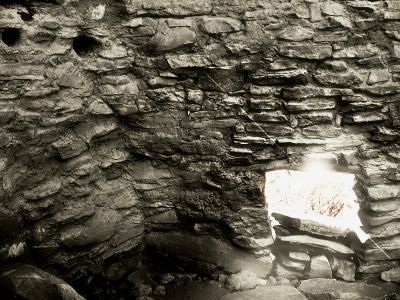 
"The best victory is when the opponent surrenders of its own accord before there are any actual hostilities...It is best to win without fighting. "
-Sun-tzu Chinese general & military strategist (~400 BC)

The Coyote and the Turtle,
as told by Guanyanum Sacknumptewa

"A long time ago, there were many turtles living in the Little Colorado River near Homolovi, southeast of Winslow, where Hopi used to live. And there was a coyote living there too, and of course, he was always hungry.

"Now one day the turtles decided they would climb out of the river and go hunt some food, for there was a kind of cactus around there that they like very much. But one of the turtles had a baby and she didn't like to wake it up and take it with her because it was sleeping so nicely. So they just went along and left the baby asleep.

"After a while the little turtle woke up and he said, 'Where is my mother? She must have gone somewhere and left me. O, I must go and find her!'

"So the baby turtle saw that the others had crawled up the bank, and he followed their tracks for a little way. But he soon got tired and just stopped under a bush and began to cry.

"Now the coyote was coming along and he heard the poor little turtle crying. So he came up and said, 'That's a pretty song; now go on and sing for me.'

"But the baby turtle said, I'm not singing, I'm crying.'

"'You'd better sing for me, or I'll eat you up,' said the big hungry coyote.

Now the little turtle thought of something. So he said, 'Well, I can't sing, so I guess you'll have to eat me. But that's all right, for it won't hurt me any; here inside of my shell I'll go right on living inside of you.'

"Now the coyote thought about this a little bit and didn't like the idea very well.

"Then the baby turtle said, 'You can do anything you want with me, just so you don't throw me into the river, for I don't want to drown.'

"Now the old coyote was pretty mad and he wanted to be as mean as possible. So he just picked that baby up in his mouth and carried him over to the river and threw him in.

"Then the baby turtle was very happy; he stuck his little head out of his shell and stretched out his feet and started swimming off toward the middle of the river. And he said, 'Goodbye, Mr. Coyote, and thank you very much for bringing me back to my house so that I didn't have to walk back.' And the little turtle laughed at the old coyote, who got madder and madder because he had let the little turtle go. But he couldn't get him now, so he just went home.

And the baby turtle was still laughing when his mother got home, and she laughed too. And those turtles are still living in that water.