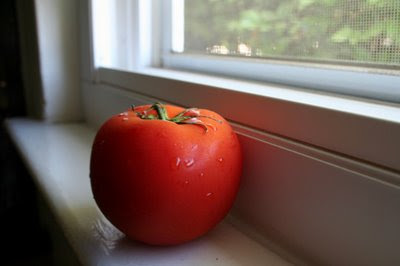 “When we plant trees, we plant the seeds of peace and seeds of hope.” - Nobel Peace Prize Laureate Dr. Wangari Maathai

We all live within our own minds and often our minds are shaped by ideas, preferences, prejudices and feelings from childhood. My childhood was spent sweltering in the Arizona sun and this suffering has left me with a lifelong love of shade.

When our family moved into a new subdivision on the western edge of Phoenix, Arizona, there were no trees, no green plants, nothing of visual interest. My parents researched which fast growing trees might survive triple digit summers and chose two mulberry trees for the front lawn and a weeping willow tree for the backyard. It took a couple of hot summers, without shade and with a swamp cooler as our main source of relief from the heat, before my Dad figured out an escape plan from the hell of a Phoenix summer. We packed up the Buick and trekked to the southwestern corner of New York state, to Jamestown and the alluring Chautauqua Lake.

This five day trip introduced my younger brothers and me to forests, greenery, mosquitoes, fire flies, biting flies, humidity, natural wonders, and regional accents. When we hit Buffalo, New York, we became acquainted with steel mill smog, belching smokestacks, fiery rivers, dying lakes, and months of rain. We settled into a cottage with a decaying dock on Chautauqua Lake and became acquainted with outboard motors, fishing for the elusive muskellunge - a sharp toothed fish, piles of smelly water reeds, sea planes, cottonmouth snakes, turtles, and small town snobbery. Full grown trees sheltered us wherever we went and we played in them as often as possible. It was a boring, soggy heaven which made me yearn for my overheated neighborhood filled with best friends, bare feet, irrigation ditches, and swimming pools.

What I appreciated most about our summer trips to New York were trees. There were so many varieties and so much shade, the air took on a cool, green hue. The giant trees made the mornings fresh and the twilight magical. Everything east of Texas was sheltered by a green canopy of friendly trees. After a few years of these eastward migrations, I realized that the price New Yorkers paid to have these magnificent beings was near constant wetness. It was fifteen years later, after a winter visit, that I discovered how unsuited I was to the east coast and all of my childhood notions shifted. Forests require crazy weather - lots of gloom, really, and I was and am addicted to brightness - sun and clear skies tempered by adequate shade, of course!

My father eventually tired of the east coast migration and bought land in the Arizona high desert, a place called Sedona. This place immediately grabbed me. It was so weird. The strange red rock formations were unlike anything I'd ever seen. They were huge. Each formation held its own mystery and fascination and what was even more appealing were the untouched forests of scrub pine, cypress and juniper - shade and cool shadows in contrast to the harsh red glow of the surrounding hills. Tucked into these forests were beautiful celebrity houses - used sparingly, it seemed.

So, Sedona called to me, yelled actually and eventually my husband and I bought property and built a house in this high desert wonderland with a view of the iconic Cathedral Rock. Just down the road is the ever changing Oak Creek, filled with cool, fast running water and surrounded by huge, leafy green trees. Beautiful. It is the whole package. However, we had the same dilemma as my parents when they bought their new house in Phoenix - no shade.

At first, the shade problem was not severe. Summer temperatures hovered around the mid 80s, but things have been gradually warming up, and we are now grateful that we've planted cypress, pine, cottonwood and sycamore trees on our property. After fifteen years, we have adequate shade. Last year was one of the hottest summers ever recorded and I think the weatherman made the same claim the year before. The planet is heating up and trees are nature's air conditions. They make it possible to live in an arid or semi arid environment. I really appreciate them.

That's why I assumed everyone else in our Sedona neighborhood would appreciate our trees, and isn't it true that assuming makes an ass out of u and me! One of our tree tops has grown tall enough to become part of the iconic Cathedral Rock view for our neighbor across the street and no amount of talking about nature's air conditioner, yadda yadda yadda, will change her one-track, tree fearing mind. She hates and fears our trees. Even though we live adjacent to forest service land filled with trees, she expects her view from her living room picture window to remain unimpeded by the sight of trees. She wants us to cut down, top, or crown reduce our trees so that she can sit in her special spot and have a clear view of our two-story house and the Cathedral Rock which is behind it. Thanks to her persistence, I have become a near expert on tree pruning.

She comes from that cool, green state of New York and may take shade for granted or not realize what a hell it is to live without shade. Most of the time, she lives by the ocean where trees are welcome but not needed for a comfortable existence. I don't think she has ever lived through a brutal, triple digit summer and Sedona now faces years of warmer weather, just like everywhere else. I feel that after surviving one or two hot summers, she will see the benefit of planting some fast growing trees that provide shade up to her second floor. Meanwhile...

In her mind, a tree can be sacrificed for good neighbor relations. In my mind, a good neighbor would not want to sacrifice a neighbor's healthy tree. Potato, potahto, tomato, tomahto - let's call the whole thing off. Let's agree to disagree. Let's live and let live. 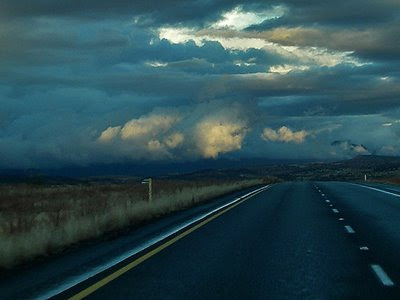 "The worst loneliness is not to be comfortable with yourself."
Mark Twain

There are two programs on television that disturb me.

Last month, Direct TV increased their basic rates and as a consolation, added some more channels to the package. One channel, Biography, has always intrigued me and I'm glad we get it now. The other night, I was trying to find something to watch and happened to channel surf over to Bio's "I Survived" program. It had started earlier and I stumbled onto "Story #15 - Jackie/Todd/Stephanie" and Todd, the surfer, was talking about being attacked by a great white shark while surfing in Monterey, California. I had always wondered about this and stay tuned, horrified yet fascinated. In the middle of his story, the program included a woman's story of how she discovered a friend's husband in her house while she and her three year old son slept in the same bedroom. Again, her story was interrupted and another woman continued telling her story of being shot in the head by Egyptian airline hijackers. Each story weaved in and out, creating a mystifying tapestry of pain and endurance - real nightmares told by real people.

All three stories were more horrific than anything on prime time TV or in the movies. The Bourne Identity looks tame by comparison. Throughout and within each story was a sense of loneliness. Each person's life was altered forever by living through, suffering through, a catastrophe. One moment life is good and the next moment one battles relentless pain toward survival. I could sense the lonely life each person had to live after these turning points. I sensed that each person remained disconnected from "normal" life because words cannot articulate such horror, fear and pain and most people can't understand it nor do they want to hear about it. I am fascinated by these stories but also a little superstitious that if I become more aware of these tragedies, I will attract them. So, I'm not sure if I'll watch this show again.

I have avoided a similar reality show on A&E called "Intervention." Having lived with addicts and alcoholics, I felt I'd "been there, done that" and was not interested in reliving that hell. Again, my "let's watch a train wreck" perversity kicked in and I watched an episode called "Jon C." This show seemed a bit unusual because it focused on a young man struggling with diabetes. His parents were alarmed because he ate whatever he wanted, didn't regulate his insulin properly, and seemed extremely self destructive without being a typical addict/alcoholic - at least that's what I thought, initially.

As the show progressed, I recognized the underlying loneliness causing his self hatred. He had no friends. His attempts at making friends were rejected, and he suffered from this rejection. I mean he really suffered. There was a shot of him looking at the camera after being stood up in a restaurant by a so-called friend, and the baffled pain, the blank acceptance of cruelty, the awful loneliness gave me chills.

Both programs explore the dark highway we all travel to get through hard times and in many cases, horrific times. It's a lonely road and even though survival depends on our personal fortitude, making this journey with others, loved ones, is often the only reason to keep going. Those that live to tell their stories all share that common thread. They survive because someone needs them or someone loves them.