Little Country on the Prairie 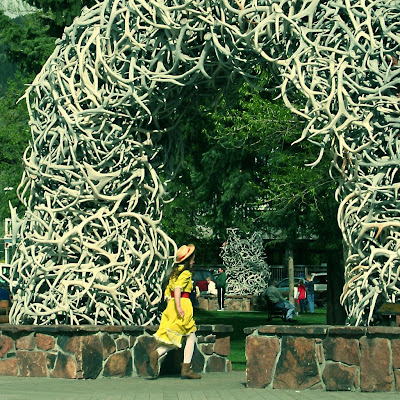 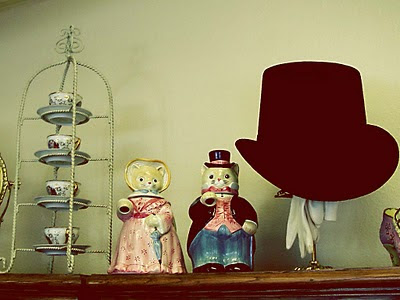 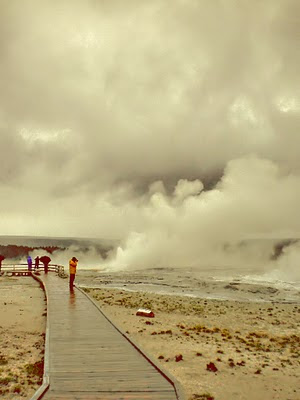 The words, "turn back", embody the retro focus of the rally. Only an American god can stiffen the spines of citizens so that they can turn away from a nation committed to the common good and turn back to robber barron days when gumption, boot straps, ambition and individualism moved the country forward on the coat tails of the nouveau riche. The tea party activists want politicians to promise to shrink a government currently employing seventeen percent of the current workforce, reduce taxes from relatively moderate levels, continue funding the military at the expense of social programs such as health care and social security, and return to turn-of-the-century days when every man depended on himself for survival.

My ninety-two year old mother-in-law remembers those days before women were allowed to vote, before the poor were given equal access to the voting booth, before "separate-but-equal was abolished for blacks. She was born one year after the ratification of the Sixteenth Amendment creating our modern tax system. Her parents had to deal with income taxes and probably wondered where the money went even then.
I've spent the past hour looking for a transcript of speeches at this event and during my search I read the tea party contract for America which holds republican candidates and politicians accountable to a set of values that are simplistic and contradictory (e.g., creating a "blue ribbon task force" to audit the federal government when the Office of Management and Budget does this already). The most puzzling agenda item on the list is "Item 4: Simplify the tax system..adopt a simple and fair single-rate tax system by scrapping the internal revenue code and replacing it with one that is no longer than 4,543 words– the length of the original Constitution."

There is no doubt that the current state of the tax code is dismal, but how does this item make things better?

I don't underestimate the depth of America's rage against the machine. If there is one common thread among all Americans it is mistrust of the government. During the 60s, hippies, disgusted with the Viet Nam war and the draft, turned away from the military industrial complex and turned back to simpler days, creating communes and self contained communities, many of which are no longer in existence. Fast forward to Bush I and II and disgust with outsourcing megacorporations and the S&L, banking bailouts, plus two Gulf Wars, Afghanistan, caused antiwar/anti government demonstrations on every street corner. Liberals railed against the takeover of America by the megacorporations and the weakening of consumer/environmental regulations.

The mistrust factor has been co opted by right wingers but this time the target is not megacorporations, reviled by liberals everywhere. The target is whatever restricts and harms megacorporations - primarily, vigilant government. Unemployed Joe-the-plumber, victim of union busting republican economic policies and outsourcing, is told that government regulation of energy companies have caused them to close plants and move elsewhere to compete globally. Meanwhile, CEO salaries, bonuses, perks just keep on sucking up a greater percentage of corporate profits. Somehow the teabaggers do not connect job losses/economic disaster to reckless and irresponsible corporate greed ala British Petroleum's Gulf Coast catastrophe. They want to make these vipers their friends and make officials elected by the majority of Americans their enemies. They are mad at a government that dares to allocate taxpayer funds to aggressive consumer protection rules, unemployment insurance, food stamps, medicaid for themselves and social security and medicare for their parents and grandparents. They are mad that the democrats have passed a jobs bill giving Joe a way to be independent and support his family without enlisting in the army and killing people for democracy.

So, as Joe, Sarah, Glen, Rush, Michele honor the US armed forces, a part of the federal government that sucks up 19% of the United States federal budgeted expenditures and 28% of estimated tax revenues, they might also take a moment to honor the government that employs the people that helped process the parade permit for today's rally.
Posted by Kathy at 8/28/2010 07:32:00 PM