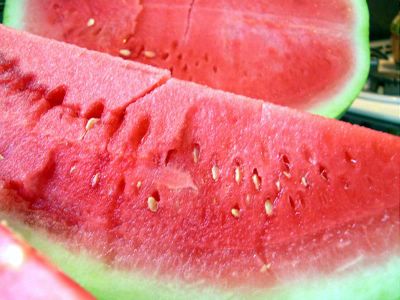 There is another word for refreshing: watermelon.

I've never been a watermelon lover, until last week. The Los Angeles area and much of the United States is suffering from heat prostration! Temperatures in the East San Fernando Valley climbed into the 90s, and if that isn't bad enough, humidity has been really high. So, instead of living in a fairly pleasant, smog saturated metropolis, we now live in hell-on-earth, particularly for anyone who likes clean air and hates sweating. Out of desperation, I bought lots of fruit and juices and miracle of miracle a delicious watermelon. It's the antidote for heat and pretty cheap too! Try it and survive the heat wave. 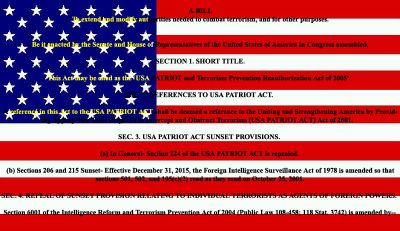 "Periodically revisiting the Patriot Act is a good thing," said Rep. Martin Meehan, D-Mass. "The Patriot Act was an effort to answer the most difficult question a democracy faces: How much freedom are we willing to give up to feel safe?"

But... are we more secure? This is the bottom line question that I am asking today. (Update: Here's the latest news story that illustrates why it is useless to suspend the civil rights of all American's in the pursuit of terrorists.)

There is some discussion in some of the blogs about this issue and comments made by wetzel in The Daily Kos referencing the Fourth Amendment of the U.S. Constitution summarize my personal anxiety about the passage of this Act. Congress together with the States can amend the Constitution and modify or eliminate the Fourth Amendment and there is a process by which changes can be made. The Patriot Act does not conform to this process and only made sense because it was a "temporary" war time measure which would not be necessary once the 9/11 terrorists were caught and reasonable order established. Supposedly, America's terror wars were won in Afghanistan and Iraq once the people elected their own leaders. So, why should draconian measures continue here in America? Dumb question. America is now engaged in perpetual warfare against "terror." Just like the poor, terror will always be with us.

There are those who say that any law abiding citizen is immune from these draconian anti-"terror" measures. When I ask them to run down the anti-terror laws or any federal law that would cause the FBI or US military to interfere with my right to privacy, they are as stumped as I am. They say to trust the government and chill. I have to remind them that we are the government and if we can't figure out what actions or reactions cause a law abiding citizen to be labeled a bad guy and jailed, then something is very wrong with how we govern ourselves.
Posted by Kathy at 7/22/2005 11:14:00 AM 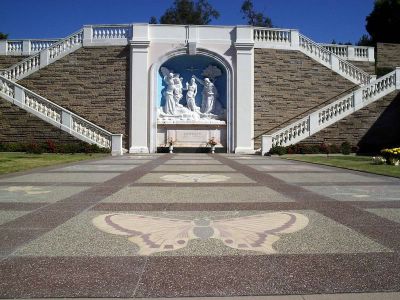 “To me there is no difference between one person and another; I behold all as soul-reflections of the one God. I can't think of anyone as a stranger, for I know that we are all part of the One Spirit. When you experience the true meaning of religion, which is to know God, you will realize that He is your Self, and that He exists equally and impartially in all beings. Then you will be able to love others as your own Self.”
- Parmahansa Yogananda

On the morning of July 7, 2005, three tube bombs exploded in London, England. At last count, 49 people were killed, 15 people critically wounded and hundreds injured in this destructive and senseless attack.

Throughout the day of June 7, 2005, three bombs exploded in Hawija, Iraq, killing 18 people. Nine people died in Baghdad in a bomb blast and assassinations, and across the nation 67 people were injured critically in violent attacks,

On any given day in Sudan, Africa, hundreds die of thirst, starvation, civil war fare and murderous strife.

There are two elements that distinguish one account from another: geography and time. One element is the same: hate. If you remove all three elements from these accounts, you realize that people are dying. That is fact and truth.

I am studying “A Course In Miracles” and just last week, we were discussing the concept of “special relationships” and unconditional love. As our group leader states routinely, ACIM teaches us to shift our perceptions away from human ego and toward divine love. I have not wrapped my mind around a lot of the teachings in this course yet, but I do show up and I have absorbed enough of this study to recognize the truth of such “shifts.”

The most difficult shift for me is away from conditional love to unconditional love. ACIM and many other philosophies and religions teach that love of oneself and one’s neighbor must be constant and without exception for it to be love. Sounds like a good idea until your neighbor throws trash in your yard or works on his Harleys at midnight or has a dog named Lacey that barks constantly, or straps a bomb on his body and tries to kill you. How do you or I deal with these intrusions, irritations and threats? We want to make them go away. It is a basic human response to “fight or flee.” The urge to throw as much if not more trash in the neighbor’s yard, or to assist in the neighbor’s Harley repairs with a well placed monkey wrench, or to vaporize the barking dog, or crush the smoldering bones of the suicide bomber into a greasy spot is primary.

According to ACIM, this urge is ego. The human ego creates separation and chaos to replace unconditional love. It comes from a place of guilt and fear – an absence of love. Like a dark spiral, it manufactures what it needs to continue its existence. So, we accept love of the “good” neighbor and “hate” of the bad neighbor, and love of those that like us and hate for those that are different, and love of our tribe and hatred of other tribes; and we have an earth that is like a black hole of guilt, fear, destruction and hatred.

“Because of guilt, all special relationships have elements of fear in them. This is why they shift and change so frequently. They are not based on changeless love alone. And, love, where fear has entered, cannot be depended on because it is not perfect. In His function as Interpreter of what you made, the Holy Spirit uses special relationships (which you have chosen) to support the ego, as learning experiences that point to truth. Under His teaching every relationship becomes a lesson in love.”
-Chapter 15, Section V, paragraph 4 – “A Course In Miracles”

So, where is the lesson in love in the London bombings, in Iraq, in Sudan, in the actions of our inconsiderate and/or dangerous neighbors? I can only speak for myself when I say that I have learned a little bit more about the trap of “special relationships” and how the ego-centered public or media lure us all into the trap. The ego likes to ask the question, “why”, implying that there is an answer where none exists. It likes to delve into the illusions of the past and the future where hate and fear thrive. It avoids the present moment. This moment is everything.

I remember the terrible train wreck in Glendale, California, last winter which killed eleven commuters and injured scores of others. On the side of a train door, a man who thought he was going to die wrote in his own blood, “I love my kids.” (See Photo Gallery 2, Photo 12) He did not want to waste that moment with blame, hate, regret. His moment was filled with love.

People are dying. People are killing. Each has an umbilical cord to a universal, immutable, eternal energy of unconditional love. Some are connected and some have lost their connection. The source is always there and available to everyone. The lesson for me is to remain connected, moment by moment. If I remain connected to the source of unconditional love, I have faith that solutions to problems will come from this same connection. Whether the solutions are “fight or flight” or any human activity in between, they will be compassionate and create balance. 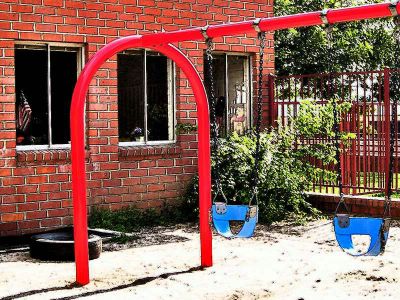 What happens when you die? Is it painful? Do you see loved ones who have died before you in heaven or on "the other side?" Is anyone ever ready to die? Are there signs or warnings that life is about to end. Does life truly end?

My father asked these profound and terrifying questions a little over two years ago. He was too ill to read and absorb the many answers found in books. Instead, he entered a hospice program. Instinctively, he knew that people who see life end day after day, must have the answers and he was right. Not only did he learn by asking the hospice chaplain the hard questions, but he told us about the answers. He shared this exploration of death with us in an often intellectual and sometimes emotional way that is forever impressed in my psyche as a gateway to profound secrets.

Knowlingly or unknowingly, he lived the proverb above, and not just at the end of life. He was a teacher and guide and explorer throughout his life. Bless him and all those who teach what this life is all about by living a loving, giving, caring life and sharing life with us.