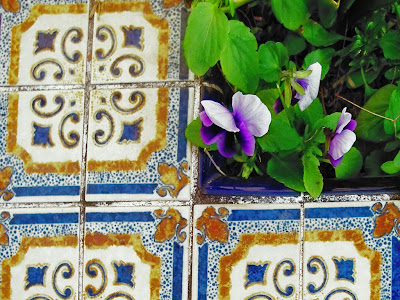 “I know that in many things I am not like others, but I do not know what I really am like. Man cannot compare himself with any other creature; he is not a monkey, not a cow, not a tree. I am a man. But what is it to be that? Like every other being, I am a splinter of the infinite deity, but I cannot contrast myself with any animal, any plant or any stone. Only a mythical being has a range greater than man's. How then can man form any definite opinions about himself?”
Carl Gustav Jung

I am fascinated by a creation called StoryCorps. It is sponsored by NPR, the Library of Congress and an organization called, Sound Portraits Production and is one of the largest oral history projects of its kind. Anyone can be part of this project by following the simple DIY guide provided by the project or by finding a storycorps booth in one of several major cities. It is a fascinating study of the diversity, resilience and strength of people, and this project gives me a wide dynamic of impressions of American life.

The stories on StoryCorps contrast with the stories of the Octuplet Mom, or American Idol contestants, Survivor, reality show celebrities and other non-mainstream folk so often highlighted in newspaper and television stories. I know that these people are real, but not representative of my family, friends and neighbors. The sensational lives of public figures spice up every one's daily grind, give us a way to compare and contrast "normal" life with the super humans who navigate a world of glamour, danger, craziness that most of us dream about but never experience. I wonder if it is healthy to compare oneself to the larger-than-life characters who inhabit our media neighborhood. The difference between my life and that of Jennifer Aniston is incomprehensible, so much so, that I have lost interest in telling my own story - except in the anonymous and seemingly non judgmental Blogger world.

One StoryCorps segment that really got me thinking about knowing oneself through conversation was the interview with Studs Terkel. He told about boarding a crowded airport shuttle. Over the intercom, blared one pre-recorded message after another.

"What has happened to the human voice?" he asked. He wondered why he was alone in craving conversation, and how the voice of "Big Brother" has succeeded in drowning out human interaction.

I thought about his observation, thinking that maybe people don't have much to talk to each other about anymore. And then, I listened to the story of a segregated America told by Reverend James Seawood; and heard how grandmother, Victoria Fraser, became a mother again; and learned from George Hill's comments that rain sucks when you don't have a home. We may not look sensational. We may appear to be boring, dull or just ordinary. But, most of us have fascinating stories and insights that we need to share with each other.

Yesterday, I was busy setting up a display where I work, and noticed a customer with an exceptional tan.

"Wow! What a magnificent tan you have. You look so healthy." I blurted.

One comment and this lady was off and running. She was from Australia, house sitting for a rich woman who's life she saved, and she was going through the process of becoming a US citizen. By Los Angeles standards, it was a lengthy conversation (i.e., five minutes), and I had the nagging feeling that I should be working rather than talking, but by the end of the conversation, I felt connected to another sliver of the "infinite deity." A little piece of the human puzzle fell into place. I saw my city from a different perspective (e.g., unfriendly, expensive, strange and wonderful). She gained a little confidence that humans do inhabit LaLa land. We both felt better. I guess this feeling of connection is what Studs was craving on his airport shuttle ride.

I recognize the need to talk and listen - to share something with another person without technology getting in the way. It felt good to untether myself from my MP3 player and cell phone and simply stand with someone and play the conversation game. Common courtesy seems to open and close the door. Real interest seems to keep the talk-to-each-other game going.
Posted by Kathy at 2/18/2009 06:30:00 PM 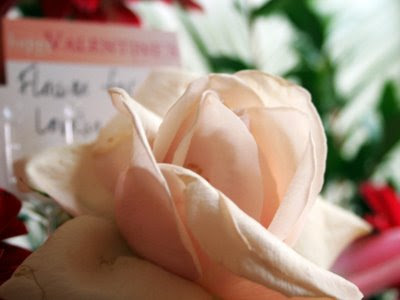 "The god of love lives in the state of need." Plato

As America rapidly approaches its Valentine's Day confluence of hype and false super emotion, the gloom and doom of a decelerating and disintegrating economy slaps a soppy wet blanket of reality over the celebration. Add republican angst and their trumped up wedgie issues (e.g., we can't get no respect) to the conversation and the wet blanket develops an unbearable stink. In the midst of this struggle to dredge up a spark of romance during these tough times, we are assaulted by our corporate media's loyalty to insignificance and cheapness. Now, more than ever, we need to connect and understand the real nature of attraction, love and relationships. Things are serious this year and I've become almost superstitious about attracting the bad luck kind of love ala Anna Nicole, Princess Di, Britney so overexposed in the corporate media. Even in these plastic tales of love and woe, we learn about the power and obsession of romantic love.

Most of us have made a love connection and wondered why we are or were so strongly attracted to that one person who managed to float our boat. Your lover's scent, touch, voice, and body thrill you. Your lover's words, laugh and smile bind you to him, body and soul. It's beyond rational reason. It's primal. Where does "it" come from?