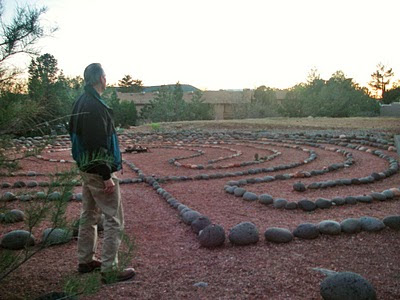 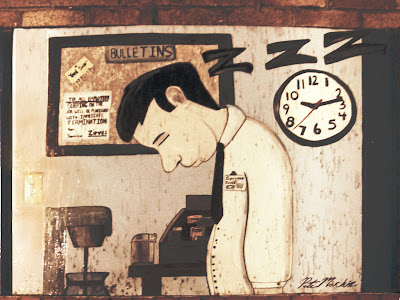 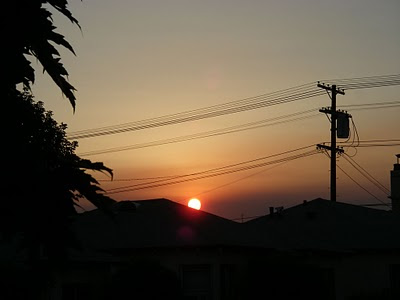 He travels 120 miles, roundtrip, for a job on the night shift. Fuel costs eat up $100 to $150 of his weekly paycheck and he gets no health benefits until he's worked over three months on the job. He says he's lucky to have something, after being unemployed for six months, but he feels as though he's going backwards.

Today is Labor Day in America. Past holidays included a day off, maybe a small luncheon, celebrations of union solidarity, families relaxing together and enjoying the fruits of hard labor. Today, most retail, industrial and contract workers are on the job, fretting about day care for their children, wondering if they can stretch their paychecks to cover gas and rent increases, hoping for a little relief from somewhere. It is an employers' market and the mantra of "bad economy" continues to keep paychecks down while middle class workers must work harder just to run in place, let alone get anywhere.

A recent article written by Robert B. Reich, a secretary of labor in the Clinton administration, shines a light on the dangers of the rich getting richer and the middle class getting poorer.

"This crisis began decades ago when a new wave of technology — things like satellite communications, container ships, computers and eventually the Internet — made it cheaper for American employers to use low-wage labor abroad or labor-replacing software here at home than to continue paying the typical worker a middle-class wage. Even though the American economy kept growing, hourly wages flattened. The median male worker earns less today, adjusted for inflation, than he did 30 years ago." - NY Times oped, September 2, 2010

This article and others shed a dimming light on the source of America's wealth - middle class consumers. Declining paychecks, declining quality of work, declining availability of time, means declining standard of living for everyone, including the wall street wealthy. There is a good reason why economic security tops the list of problems that Americans want solved pronto. Even concerns about national security take a back seat when parents must sweat paying for their children's back-to-school clothes. 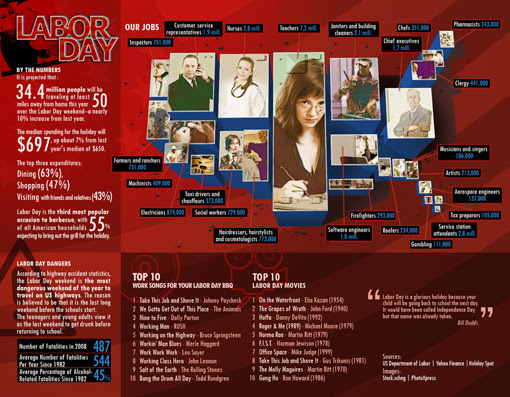 Congress needs to celebrate the American worker by passing the Obama administration's proposed infrastructure public works bill and we need to support America's industries with our cash. For a few dollars more, we can get good, American made products (e.g., Merle Norman, Corelle, LL Bean, Burt's Bees, New Balance, Nordstrom's) and keep our local workers employed.
Posted by Kathy at 9/06/2010 12:30:00 PM

The Black and White of it All 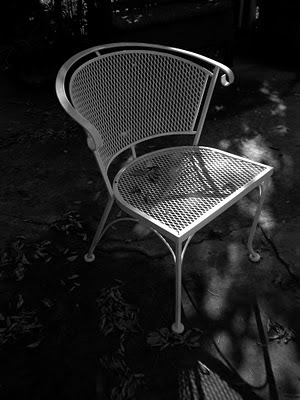 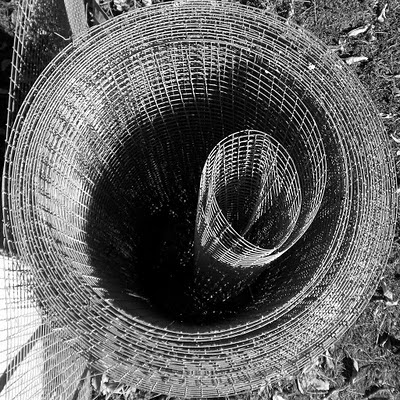 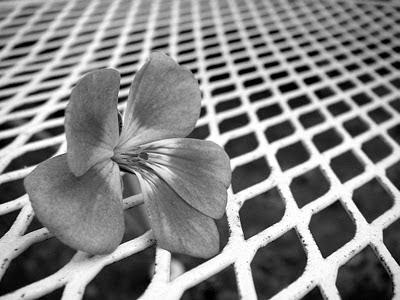 "I do not need to fear failure. I need, rather, the peace of mind that comes with taking the action I have been putting off." - "For Today" - page 168

Clarity is a state of mind that refreshes me. The struggle to "make sense" of an issue, to control a situation, to solve a problem is exhausting and often ridiculous. Silly games devised throughout my life to make me bigger, more powerful, more comfortable fall apart when the fear of failure dissipates. Like a wind-up doll, the spring inside, the agitation that moves the game forward, stops. Instead of turning my face away from the train wreck, I look at it. It really is a train wreck, not the fantasy of a bump in the road or Armageddon. It is what it is - clear, translucent, focused.

During my last visit to Sedona, I was packing and cleaning up the house so I could leave early the next morning. Part of my departure ritual is to empty all of the trash upstairs. I was checking on a bathroom trash can that I had not used during the visit and noticed it was empty except for something brown and moving in the bottom of the pristine, white plastic basket.

Even though my eyes are not that sharp anymore, I couldn't help but notice that the brown thing was a good sized tarantula.

"Eeeeep! Will it jump out? How the hell did it get in there in the first place? Does it have a family lurking nearby? Fricking hell! I've been practically sleeping on the floor in the bedroom right next door?"

My mind was a primordial soup of fear. Pictures of painful spider bites, childhood memories of tarantula migrations, and encounters in the dark with jumping tarantulas paralyzed me with dread as I back out slowly from the bathroom. I turned on all of the lights I could find while I put on my glasses. No spiders, except a dead garden spider in a corner of the living room. My heart was still racing and I was ready to run out the door, when clarity struck.

My ninety-two year old mother-in-law lives alone downstairs. She's enjoying the latest "America's Got Talent" extravaganza while I'm packing. She can't really help me and I don't want to scare her anyway. There is no one to help me with this situation, but me. I said the Serenity Prayer a few times, and found the courage to do something. At this point, once my fear took a break, I realized I had another trash basket the same size. Maybe I could put it inside Spidey's basket and smash him.

It worked. I was able to push the empty basket down and trap Spidey. At this point, I was having second thoughts about killing him and so I just scooped up both baskets and started down the stairs so I could toss them into the front yard to deal with in the morning. He'd either escape, be alive or dead and I hoped I would still have a clear mind at that time, too. During this epic struggle, my mother-in-law came up behind me and asked what was going on.

"I found a tarantula in the upstairs, hall bathroom, Betty," I gasped while struggling to open the door so I could toss the baskets outside. "He's trapped and maybe smashed inside of these two trash baskets. I'll deal with him before I go."

"I hope you didn't kill it," Betty said. "We'll see in the morning." We finished up and talked about the finalists in the talent show and I marvelled at Betty's lack of fear or drama. Just another day in the high desert.

The rest of the night was hellish - I slept with a flashlight, scanning the room for possible tarantula migrations, and in the morning I pulled apart the baskets and found Spidey shaken but alive and moving. I had forgotten how slow tarantulas are and as I watched him move toward the front door I scooped him up again and took him down the road to an empty field where he found some breakfast, I'm sure. As I walked back to the house, I realized that the terror of Spidey was gone and I felt happy that he was alive and hopefully well. I also felt good about how I handled the crisis. I had panicked briefly, which is progress for me, and used some prayer to focus and gain enough perspective to find a fairly creative and non toxic solution.

The time honored advice of "count to ten", "sleep on it", "let go and let god" works to remind me that clarity is important in life and although the mind is quick, our reflexes are quicker. It's easier to get mad, scared, unfocused, hateful than to delay the impulse or reaction. I feel grateful that through the various spiritual and self help programs I'm involved in, I have tools that I can rely on to "tame the wild mind" and find clarity.