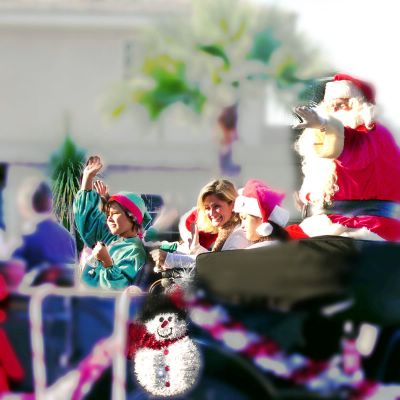 Well, it's the season for lists.... Here are a few that have caught my eye so far. Enjoy these trivial pursuits and feel the love!

50 greatest gadgets of the past 50 years

Blogpulse's Top Whatever Lists for 2005

50 Most Loathsome People In America 2005 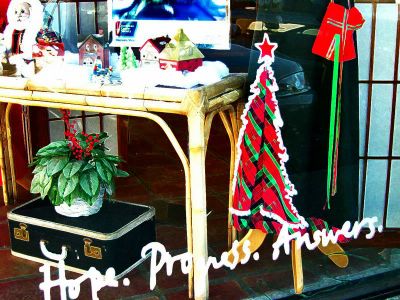 The Discovery Shop I work in made almost $4,000 in sales of high quality, donated items last Saturday. Scores of shoppers bought used furniture, housewares, clothing, Christmas decorations and much more. Many of them had stories to tell about loved ones who fought cancer and they told of how these warriors won or lost their battles.

We have a Christmas tree in the shop. It is decorated with the names of the survivors or the victims of cancer. So many people are affected by this disease. People from every level of society, every race, and creed struggle with this killer. I am surprised at the lack of bitterness and blame. Most of those willing to tell their stories are in one stage or another of grief, yet they so appreciate being able to talk about their loss and to fill out a small remembrance card and just remember the good times.

Well, as my sainted Mother liked to say, "When your number's up, it's up."

If I can face the end of life with her dignity and grace, I will count myself a success in this life. 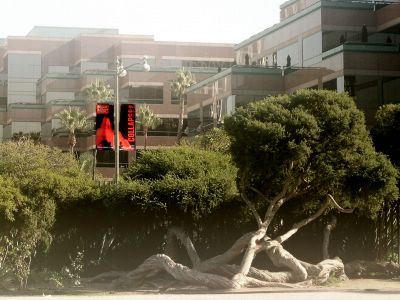 "And lo! the Albatross proveth a bird of good omen, and followeth the ship as it returned northward through fog and floating ice.

And a good south wind sprung up behind;
The Albatross did follow,
And every day, for food or play,
Came to the mariner's hollo !

In mist or cloud, on mast or shroud,
It perched for vespers nine ;
Whiles all the night, through fog-smoke white,
Glimmered the white Moon-shine.

'God save thee, ancient Mariner!
From the fiends, that plague thee thus!--
Why look'st thou so ?'-- With my cross-bow
I shot the ALBATROSS."
-except from The Rime of the Ancient Mariner by Samuel Taylor Coleridge

The President's latest speech on the war in Iraq yesterday must have been written by a man channeling Coleridge. It is filled with allusions to evil forces, unimaginable dangers, unimaginable rescues, and false assumptions, foolish actions, disastrous outcomes and fantasies of spiritual enlightenment. Just like Colleridge's classic.

In the poem, the Mariner kills the friendly and beneficial Albotross and then convinces his crewmates that the bird was not good, but evil. This action and the crew's acceptance of it causes disaster and the ultimate destruction of his crewmates and ship. The poem doesn't really explain why the mariner shoots the bird and this is where the poem and the President's speech are so alike.

Bush's "strategy" for the Iraq war is missing two key elements: why and how.

Just the like ancient mariner, he expects the world to somehow understand why he blundered into an invasion that the entire world and almost half of the American public condemned. Even those who support Bush cannot clearly articulate the "regime change" mentality. The "weapons of mass destruction" fabrication was a an idiotic excuse to invade even if the Niger "yellow cake" rumor had been true. Why didn't we invade North Korea first, if that was the primary concern? The Bushites continue to dismiss, diminish and denigrate America's need to know why this administration invaded Iraq. They consistently churn out false propaganda to convince us that the Bushites were right to destroy two countries, thousands of US and coalition military lives, and the American economy. So, we must wade through the "smog of war" and speculate about what is true. Was Bush irritated with the albatross around his family's neck and decide to invade? Were the neocons so misguided that they expected Iraqis to embrace us after we destroyed them in the first Gulf War and abandoned them to a depraved dictator? Did Halliburton and all of the corporate bloodsuckers need a war to increase their profits? All of the above?

The Bush strategy is based in fantasy, just like the tale of the ancient mariner. It's an entertainment. This latest "plan" doesn't bother to explain why America must continue to kill people, bankrupt its treasury and international goodwill for Iraq. It doesn't tell us how America is supposed to accomplish the goal of "victory" over terrorists. It can't. I agree with Murtha that this insane fantasy must end and that we use the one billion dollars a week we spend in Iraq on other more productive and humanitarian approaches to eliminating terror.

After re-reading this poem, I'm struck with the unfairness of fate that the cause of so much destruction is the one who tells the tale. Naturally, this story-teller embellishes his tale with fantasies of redemption and lessons learned, just like the story-teller we listened to yesterday.
Posted by Kathy at 12/01/2005 12:10:00 PM