Standing on the Headland
- Kathy Mackey

Above this shining ocean,
wind pushes into me.
I watch pelicans, so many of them,
glide with ease and in silence
past my awestruck eyes
into the golden glow of sunset.
To my left, the shoreline
is dotted with sparkling lights.
To my right, the shoreline
is bathed in waning sun rays.
Straight ahead is the vast horizon
pulsing with waves, always distant. 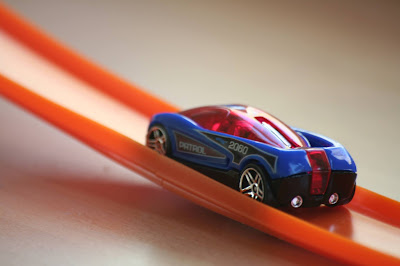 
Soup. Hand sanitizer. Why are these smells familiar? I felt the pull of the thin crust sealing my right eye. It split and cracked letting a glare of brightness into my sore skull. As I tried to raise my hand to shield my eye, a hot breath warmed my cheek.

I pried open both eyes, blurring brightness with tears of pain, and then saw a circle of vaguely familiar faces matching the smells from earlier. Aunt Rebbecca and Uncle Walt. With them were my cousin, Trent and a female, probably his new wife, Annie something. I was lying on a couch in what looked like a double wide trailer, maybe a deluxe RV.  Confusion agitated the pain and it got worse as I remembered where I'd been going on a "borrowed" motorcycle, in the rain, passing a tractor trailer, on the slick Interstate 49: destination, Texarkana.

“Yep, Cletus, Or, should we call you Jesse now?” Uncle Walt pushed his face through the circle and met my wandering eyes with a stare of solid condemnation as he tossed my wallet on the side table.

“We should take you to the clinic because of your head injuries, but maybe not?” Aunt Rebbecca sighed. “I’ll doctor him better, I think," she reflected. "Right, Walt? Trent, clean him up will ya. Lift him into the bathroom in case he needs the toilet then call me and we’ll clean him up.”

“Come on cousin Jesse. Like that name, maybe I’ll change mine too.” Trent laughed as Walt and Rebbecca squabbled about clinic options.

I felt the heat of a hundred lightning bolts inside my head and knew the road rash, cuts, sprains of this unremembered accident would keep me from escaping the DRH, maybe for weeks. At least I had made it to Trent’s RV park or Trent had found me. Lots of questions bombarded my pounding head and body as I stumbled into the small bathroom. This must be Trent’s RV and as I grabbed the walls to keep from falling, booming thunder and spitting hail pelted the roof.

“Don’t worry Cuz, this old RV is not a tin can. It’s got a rubber roof so lightning’s not a worry. You need help with them drawers? Let’s get these boots off. Thank god you was wearing your leathers or you’d be a bloody mess right now. AJ will find you some clean clothes. Mom might have some of Bert’s old things you can use. Anyway, let’s get you cleaned up before the whole gang barges in.” The hot shower scoured my torn skin. Dirt streamed in red rivers down the drain. Trent hovered, commenting on the weather and as I dried off, he gave me an oblong, white pill for pain. I don't think I thanked him enough.

After an excruciating few hours of Aunt Rebbecca’s doctoring which consisted of painful extraction of gravel and other pieces of the Louisiana highway from my arms, legs and butt, I fell into a deep sleep filled with federal agents chasing me hurling lightning bolts and shredded condoms.

In the morning, my sister, Ruby, wandered in with her twin boys whirling like tiny tornadoes around the room. Even in this debilitated state, I recognized a contented, confident, beautiful woman who adhered strictly to the Christian dictates of the federal RHD. Her role in life as an obedient wife first, and mother first too, and a missionary for the Church of our Redeemer’s Kingdom suited her. I didn’t realize that she had developed another role of skillful interrogator and that Aunt Rebbecca had asked her to visit and figure out what her misguided nephew was involved in. Weeks later, I would realize how crazy bad I'd been to this family over the years and that payback was due.

“Well, Cletus, sorry to see you like this with your head bashed in, disowning your family name, with Bert’s Goldwing rusting in the barn all dinged up.”

“Hey Rusty and lil Mike, say hi to your uncle Cletus.” Both boys, identical tow headed twins about four or five years old crawled out from under the dining table and stared with a complete lack of interest at me. Rusty had a thumb in his mouth and sucked contentedly while his piercing hazel eyes looked for something, anything of interest about his uncle. Little Mike had spent almost five seconds inspecting, me, and finding nothing of interest, was now opening and closing the pantry door, loving the shake and shiver the loud banging caused.

“Make him stop, Ruby. Please. My head is killing me,” I begged. She seemed to be a strong proponent of the “anti-helicopter parenting” group supported by the RHD whose motto is “Lose a finger, lose a toe. Children learn when you let them go.” As I pondered the effectiveness of this child rearing approach, lil Mike slammed his hand in the door, and let loose an enraged shriek as he cradled his injury to his chest, kicking away his mother who half-heartedly attempted to kiss it and make it better.

Both boys crawled under the table again, dragging my covers with them and amused themselves by kicking the wall and gouging the baseboards with Rusty’s pocket knife. Ruby plopped down in the side chair by the couch and gazed with what I thought was compassion at my ruined skull.

“Ah, Cle! You are one almighty mess, aren’t you, brother. Auntie R called Ron when Trent found you. Thank god you left a note with Shauna telling her about taking Bert’s Goldwing for a spin up to Oklahoma. She called us last week to see if you had stopped by and when you called Trent about staying overnight and didn’t show, he knew to check out motorcycle accidents. He monitored the truckers and clinics and heard about a crashed motorcycle on the side of I-49 about 15 minutes from the RV park – he went and looked and it was you. He got to you about an hour before the patrol and we all got you and the bike to the RV barn until the search was over. Only took the patrol til dinnertime before they gave up looking. Lucky you, Jesse Martin.

Unlucky you, too. You should have known Shauna’d tell Ron, and guessed that our daddy would turn in his own son for an RHD apprehension reward – pitiful as it is. And, that’s what he's trying to do, you dipshit. So, you shouldn't stay here for long. I can’t image what you did to get Reproductive Health after you. Maybe they’re trying to make you tell them where your lawbreaking ex-girlfriend is these days. Or, maybe you sterilized yourself? Or, never mind. Too many maybes that become felonies with the RHD, so do not tell me a fucking thing about why you’re on the run."

She paused then, listening as her sons repeated the words “dipshit” and “fucking” while carving divots in the floor. “Shit,” she giggled as the boys repeated the curse. As if on cue, Aunt R and Trent bustled in with medical supplies and determined looks in their eyes.

“Good. You’re awake, still cleaned up. Erm, Trent, get him to the toilet. Ruby get your boys and take away Rusty’s knife. Look what he done to Trent’s wood work, not to mention all the nicks he has all over his little body. My god, use your head girl. It’s time to get some lunch together for all of us. Would you mind doing that, honey, while I patch up your big brother?” Rebbecca was famous for her steely nerves and decisive organizing. She stepped back while Trent maneuvered me off the couch, away from the crawling, stabbing boys and safely into the bathroom. Within minutes, Aunt R was bellowing for my return to bedlam.  Grabbing the walls again, I bumbled into the pristine bedroom nearby, and carefully stretched out on Trent and Annie's bed.

I clenched my jaw, grinding teeth and sweating with the pain as Rebbecca tugged, prodded, squeezed, rubbed, wiped, splinted, bandaged and discovered that I had a sprained left ankle and possibly a sprained left knee. My left shoulder was dislocated and put back in place with the help of Trent and Walt. My motorcycle helmet had protected my head and face from major damage, but the impact had shaken my brains severely, removing the memory of the actual crash. Other than a swollen and sore elbow, the right side of me was less damaged.

“Well, Cletus, I think we’ve doctored the major injuries. Nothing broken that I can see. No internal bleeding either. Some bad sprains, cuts, swelling, bruises – all fixable with home doctoring. I am worried about your head, though. You may need to go to the clinic if headaches and swelling gets worse. Understand, honey?” Aunt Rebbecca’s eyes lost the impersonal doctor look and became liquid pools of compassion. A contagious exhaustion blanketed everyone in the room banishing the adrenelin-fueled hyper-alertness.

“Becky, sweetheart, you need to rest a bit. You too, Cletus. How about you both have some lunch in the bedroom now.  After, you can lay down for a couple of hours. Trent’s got a good cot set up and can move it in here where it’s quiet. Trent, son, can you go get it, please.” Walt smoothed the bed covers, propped up pillows and moved Cletus into a sitting position before leaving to bring back food. Rebbecca was perched on the bedside, shoulders slumped, slender legs splayed, eyes closed. Within minutes, Walt was back with soup and crackers and Trent had set up the cot for his mother. Annie Jean, Trent’s wife, swooped in a half hour later, straightening the room, closing the curtains, removing the lunch stuff, kissing an already sleeping Rebbecca and settling Cletus into a gentle incline from his sitting position. It was peaceful in the room. The storm had passed in the night.

Beyond the door, Rusty was raging about losing his pocket knife. Ruby and Trent were packing up her car with the extra medical and herbal supplies she’d brought that morning. Walt was on the phone with Ron begging him not to drive up until he was sober. Someone with a powerful arm was pounding on the RV door.  Rusty hoped it was his daddy, Big Mike,  or even better, his daddy’s mama, Grammy Boyd, who sometimes put peanut butter on his thumb if he crossed his heart and stopped crying.
Posted by Kathy at 7/21/2020 05:34:00 PM