Give Me a Moment Thirsty Bluebirds
Shut it
- Kathy Mackey
What are you smiling about?
Nothing, just happy.
How’d that happen?
Don’t know; it just did.
Been watching tv lately?
No.
Been on facebook lately?
No.
Check out twitter today?
Never.
Hear the latest on trump?
Shut it.
Still smiling?
No.
May all beings know moments of happiness, often.
Posted by Kathy at 1/14/2021 03:44:00 PM

A Tsunami of Thugs 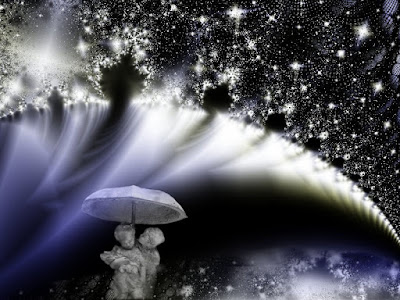 Living With MAGA Delusions
“In America the Struggle was befogged by the fact that the worst Fascists were they who disowned the word "Fascism" and preached enslavement to Capitalism under the style of Constitutional and Traditional Native American Liberty. For they were thieves not only of wages but of honor.”― Sinclair Lewis, It Can't Happen Here

I am so grateful for those legislators who protected my vote.  Thank you Secretary of State Hobbs, US Senators, Sinema and Kelly; LD1 Congressman, O'Halleran; the justices who dismissed baseless claims of fraud; AZ electors who certified the vote for Biden; and Governor Ducey who did not join Arizona legislators who supported President Trump in his refusal to concede to Biden and who later incited a failed coup to retain his power.

America owes a special debt of gratitude to US House Speaker Nancy Pelosi, and Congressional leaders who showed tenacity, wisdom and courage in reconvening Congress on January 6, 2021, to finalize the counting of Electoral College ballots. Not only did this action confirm that Joe Biden was elected President.  It re-established the rule of law and integrity of Congress.

I have great respect and gratitude for all of the legislators who told the truth and upheld Biden's win throughout Wednesday night's vote count. You all did your lawful work under terrible circumstances. You did not support the lies that Arizona voters are cheaters and therefore cannot be depended on to vote honorably. Or,  that hundreds of poll workers and poll watchers conspired to destroy, modify, substitute, and lose hundreds of thousands of ballots virtually overnight and in cahoots with only those "swing states" that ultimately voted for Biden.  Thank you for recognizing the honesty and integity of the voters of Arizona and of the nation, including those voters who cast ballots for President Trump. You protected our democratic right to vote our conscience and affirmed the will of the majority of citizens to have Joe Biden and Kamala Harris lead us out of this morass of bitter failure, further destroyed by vicious  trumpbillies and militia thugs.
"What stands in the way, becomes the way."- Marcus Aurelius
We will build back better!
Posted by Kathy at 1/09/2021 08:34:00 PM 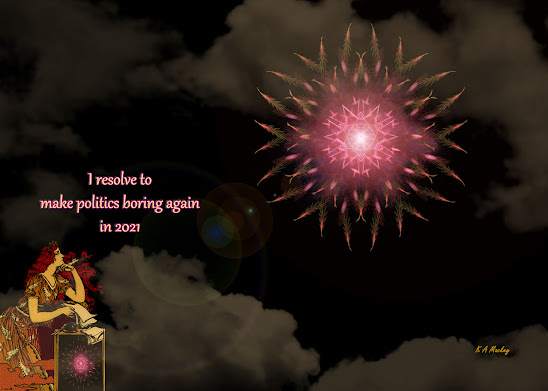 Happy New Year! May all beings know peace and prosperity and the calm assurance that balance is restored.  Enough of the rallies. Enough of red vs. blue. Enough of the drama. Let's make politics boring again.  Put the focus of our lives back where it counts. Let's get to work.
Posted by Kathy at 1/02/2021 07:33:00 PM