The Season of Light 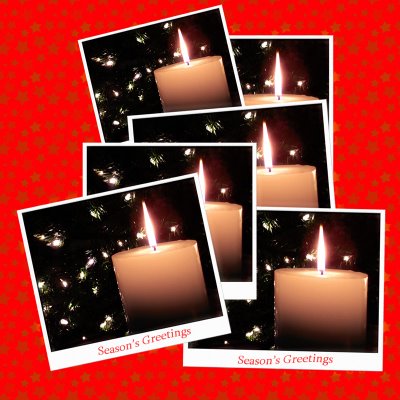 In Ireland, a Christmas candle is lit as a symbol of hospitality and welcome of the Holy Family, especially the Baby Jesus. In Finland, it is a tradition of some families to place a candle on the grave of their loved ones during Christmas celebrations. A Christmas candle represents the birth of Christ, the light of the world, in many holiday celebrations.

The holidays celebrate light, abundance and happiness in the darkness of the cold winter, a welcome and beautiful antidote for times like these.

Bushed at the End of the Trail... 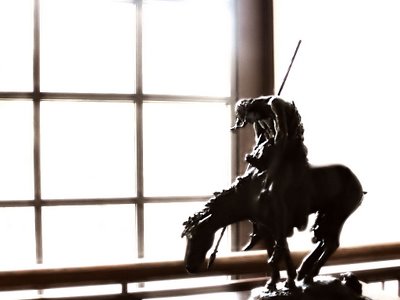 Read the Iraq Study Group report and blog comments if you haven't already done so! How could our government make so many horrendous mistakes and when will it stop making them?

Now, dry your eyes. Grab a cranberry juice and listen to an interview with Ian Lustick who tries to explain why America is "Trapped in the War on Terror" and how we can escape the trap.

"Everyone understands that al Qaeda hijacked American planes using the best transportation system in the world against us to knock down the Twin Towers and to hit the Pentagon, and so on. What they don't understand is the reaction to that that I've been describing, which I analyze in the book: what al Qaeda has done is hijack our Madisonian system of government and direct its enormous power -- namely the self-interested activity of millions of Americans, corporations, institutions, lobbying organizations -- and set it against our society. And that has shoved us into misappropriations, waste, and into policies in Iraq and elsewhere that have cut the ground out from underneath American foreign policy and opened vast opportunities of expansion and success for al Qaeda and its clones."
- Ian Lustick, Professor of Political Science, author and consultant

See a webcast of this interview:

Time for damage control and honesty.