Inflammation of the Body Politic 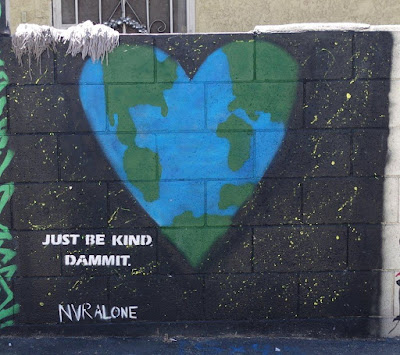 "One of the key problems today is that politics is such a disgrace, good people don't go into government." - Donald Trump

Not long ago, a group of guys wandered in to my local bakery tired and sweaty after a morning of strenuous hiking. Red mud caked their boots and splattered their bare legs. Their water bottles clanked hollow and empty. They ordered, and then milled around the shop, some sitting at tables and others plopping down on the couch. The coffee table had some newspapers and each one had a headline or article about Donald Trump. His pumpkin colored hair and signature scowl (i.e., the constipated toddler face per Bill Maher) are hard enough to look at but the headlines below these images were worse. He utters words as if they were buckshot pellets, painful, deadly and wide ranging.

"Are you voting for Trump?" one of the guys asked his buddy as he casually stirred his coffee. The other man snickered and proceeded to talk basketball with two of his friends waiting at the counter. No one took the bait and I wondered at this reaction.


It felt good to be spared the grinding negativity and bombastic republican presidential campaigning of everyday American life since April 2015. A snicker is about all these republican "candidates" deserve. Not one of them have seriously addressed any issue of substance. They harp on nonexistent religious oppression, bad fat ladies and abortion, "the gays", "the illegals", Obama's failure to beat ISIS, and "the radicalized Muslims", all the while laying out the problems as they see them without substantive solutions. They out wing-nut each other with inflammatory fear-mongering making it seem that we should all just kill ourselves before middle eastern hoards swoop into Amurica and destroy our good, Christian, capitalist way of life.

The most inflammatory of them all is Trump. He knows how to manipulate the media with his "outsider", "tell it like it is" guise honed over the years of televising the divisive slug fest, The Celebrity Apprentice. He gets the most media attention and uses this platform to stir up more hatred and controversy. Based on discredited data, he made his latest, infallible, snap judgment that the Muslim religion is at fault and issues this "common sense" statement: “Donald J. Trump is calling for a total and complete shutdown of Muslims entering the United States until our country’s representatives can figure out what [the hell] is going on."

He doesn't bother to break this down into anything that makes practical sense. Even if I supported this idea, how would we do it. He shoots off TV-ready quips and statements without any plan to implement them other than issuing lame reassurances - oh, ah, I can do dat and cheaper, too.

I don't support his billionaire beliefs. No ordinary person can relate to Trump's self-obsession or his verbal toss offs about a world that should revolve around his ignorant bluster. His latest idiocy is the most destructive political position so far. He's alienated one third of the worlds people, reinforcing the ISIS position that "the west" led by America wants to annihilate Islam. Great job Trump. Put our troops in Muslim countries in even more danger, ban our middle eastern allies, and give the world another reason to question the sanity and intelligence of Americans. He gives no thought about anything except winning, and winning at the expense of the little people. I'd snicker, but this situation is escalating into World War III territory, and the cause is not just middle eastern terrorism and aggression. The concept that America (i.e., Obama) is responsible for terrorist conflicts around the world is irresponsible and dangerous. It deflects the focus away from the unmanageable "why" of conflict onto a convenient scapegoat but does not address the conflict in a meaningful way. These words of obstruction, fear, and blame weaken America.

The American culture dismisses the power of words.  Hearing a powerful person disparage an entire religion is shocking to most of the world. To Americans, words are the boring parts of TV - where visuals and 15 second sound-bites capture and release our tiny attentions.  Words, literature, poetry, lyrics, the foundation of literacy are appreciated by egg-heads and "the elites" but hard working people don't have time to read a book.  They want their Trump to shout out a target for fear and loathing. They want Rush Limbaugh to distill the sour mash of political problems into a pain killing alcohol so his aging fans can get up in the morning and look for work or collect their social security checks.  Just because Americans ignore the power of words, does not mean the rest of the world ignores them.  Integrity is honoring ones word.  Where is the honor in Trump's hateful speeches.  What should be banned are the thuggish blowhards that pollute our TV screens and airwaves with lies (aka "opinions").

So, what does "shoot from the lip", old, Donny Trump hope to gain as President. It's a given he loves the big spotlight, especially now that he realizes he doesn't even have to have a coherent plan but can spout off about rich peoples' gripes (i.e., the browns, the blacks, the poor whites, the 99 per centers). The big tip-off on what he hopes to gain by becoming president is in his campaign announcement:

"I would build a great wall, and nobody builds walls better than me, believe me, and I’ll build them very inexpensively, I will build a great, great wall on our southern border. And I will have Mexico pay for that wall."

Guess who Mexico will have to pay if Trump builds this Great Wall of America? Get it? He wants to be the first CEO/Owner of America. Forget about becoming a "public servant." Never!  WTF?  - a servant to the majority of low life, low income, multi racial,..


“Give me your tired, your poor,
Your huddled masses yearning to breathe free,
The wretched refuse of your teeming shore.
Send these, the homeless, tempest-tossed, to me:
I lift my lamp beside the golden door.”
― Emma Lazarus

Hmmm, maybe Trump's ultimate goal is to remake the Statue of Liberty in his own image - minus the nutty poetry.