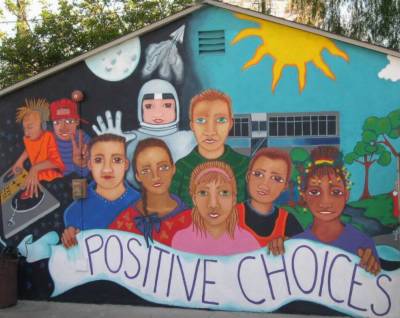 Not since I smoked a pack and a half of Winston's every day, have I felt this strongly about making a New Year resolution. Getting that smoking monkey off my back took four years of resolutions, some successes and set backs and finally, freedom!

My current monkey is the two-headed over-eating and under-exercising fiend. I think of this monkey all the time and these thoughts just keep creating more monkeys. Keeping these dratted monkeys fed and quiet has become a full time job, not to mention a huge expense in food, expiring gym memberships, molding workout togs and unread "fight the fat" books.

Time to work some resolution into addressing these "challenges" and move on.
Am I ready?

I just took the Psychology Today "eating disorder" quiz and I don't have a mental illness related to eating, that's good, right??? And, like those finicky French who protest the latest grand opening of McDonald's, I'm not fond of burgers and fries. Yay, no fast food addiction! Even better, I can go months without a beer or a Jack Daniels-&-seven and I never drink any other alcoholic beverages. Whew! I don't even have to worry about these three big diet disasters.

But, my mind boggles at the thought of giving up chocolate, ice cream and Lay's cheddar-cheese-flavored potato chips. My brain becomes numb with dread when I consider limiting bread, cheese and ::shudder:: sugar. My whole being rebells at the loss of these food friends. What the hell kind of diet is there that does not include bread, cheese and sugar? Hrrrrr.

I found it! It's the Japanese daily diet. Sounds like the "macrobiotic" diet every good hippie tried, got skinny on and eventually drifted away from after a few reefer binges. No wonder the Japanese are amazingly smart, creative, and thin with glowing complexions. If I changed my thinking, this daily diet would work, but my resolution would have to be incredible to make such a drastic change. Hmmm, something to consider, though.

I also must factor in exercise, the other, almost invisible monkey head. Again, the Japanese seem to have the right idea by making time every day for some basic calisthenics and stretching. They don't worry about being "buff" or "toned", and if Japanese tourists are any indication, they love to walk and take pictures. A resolution to do a half hour of daily stretching, plus walking and taking pictures sounds doable.

The best resolution, regardless of diets and exercise programs is to change my thinking. I'm not a tortured victim dragging these blood sucking monkeys around all the time. Inside my ever expanding form is a lean, flexible and light person with an aversion to monkeys.

I will have dominion over the monkeys, right here and right now. Why wait for New Year's Eve?

..including prescription drugs, it seems.

I have been under the incorrect assumption that many "prescription" drugs in America are sold in Tijuana over the counter. Dawn Wilson's horror story proves that assuming not only makes one an ass, but also a prisoner. (Link)

Fortunately, I don't have to take medications regularly and have good health insurance so the idea of buying medicine in Canada or Mexico to save money is only an idea and not a reality.

Question: What is the reality of health in the United States these days?

I used to roll my eyes at the pronouncements of those scaremeisters who ranted about how the pharmaceutical companies and bottom line profiteers push more drugs than Colombian drug lords. Actually, I pretty much ignored this issue until my parents became ill and especially when my mother-in-law was struck down with a mysterious illness.

Betty is in her mid-80s, has always been supremely healthy, looks half her age, was a golfing champion in her 50s and 60s, loves exercise and is mentally active and organized. Two years ago this month, Betty took a bad fall coming out of Safeway grocery store in her Arizona hometown. She was battered and bruised, but did not break any bones. In fact, her doctor thought her strong enough to get her flu and pneumonia shots.

Normally, she'd rest up for a day or two and be back at it, but this time, she did not bounce back. Her unflagging vitality was flagging and the combination of a bad fall and bad flu vaccine and/or bad pneumonia vaccine struck her down with a vengeance. Fortunately, good friends were visiting during this time and escorted her to the hospital. Against her express wishes, they called us.

I had just been laid off of my job in the telecom industry and was able to travel from Los Angeles to be with her in Arizona for a couple of weeks. What I found when I got there was a major medical nightmare. She could hardly walk, was undernourished, dehydrated and barely able to put two sentences together! Her husband was in the same boat, housebound, and on oxygen 24 hours, seven days a week. The friends that had been taking care of them both for a week were in ill health themselves and wisely left to go back to their own home in California. I recall that Vicki gave me a very valuable piece of advice.

"Watch her doctor, Kathy. All he does is give her pills and they are not working," she warned.

Truer words were never spoken. The day after I got there, I took Betty in for a re-evaluation with her doctor. He is a popular doctor, meaning his waiting room was crowded and he barely had time to glance at each patient's chart. As it turned out, his father was very ill and he was understandably distracted. He didn't listen to Betty's complaints. He dismissed her concerns and questions and it appeared he did this pretty regularly. The red flag went up and I struggled to make sense of what he was saying.

"I don't understand, doctor. What is causing Betty's illness?" I asked.

"We don't know what's wrong with her yet," he explained as if both Betty and I were retarded.
"That's why Betty needs to come back next Monday for some tests."

He wrote up a few prescriptions, urged Betty to stay in bed and drink lots of fluids and rushed out the door to answer a phone call.

"That's how he works, Kathy. He makes me tired with all of his work here and everything he deals with at home. I just don't seem to ever be a priority with Doc," and she struggled to get on her feet and out the door.

Over the next few weeks, Betty got steadily worse. A neurologist was called in and she was tested extensively for Gillian Barre and other polio-like illness. Apparently, the pneumonia vaccine she received made everyone sick and hit her hardest probably because of her stressed out immune system and age. She was in and out of the hospital, emergency rooms, and at one point was taking eleven different medications.

I quickly realized that Betty would suffer from almost every "side effect" listed on each prescription's fact sheet. Sleeplessness has always seemed like an inconvenient but rather benign side effect, but in Betty it was devastating. Nausea, blinding headaches, weakness, loose bowels, frequent urination, disorientation, dehydration and other side effects were so debilitating, she was hospitalized for weeks instead of days and the doctors could not settle on one diagnosis and one set of treatments.

Finally, we decided to take her to the Mayo Clinic in Phoenix and she was transported by ambulance for the two hour trip to the facility. After three days, they determined that Betty was dangerously over medicated. The one exception was medication for her thyroid which she had been taking for over twenty years. Amongst all of the prescriptions, her doctor forgot to renew her synthoid meds. As a result of the virus she got from the pneumonia shot, she developed neuropathy or nerve damage in her hands and feet. Due to her age or her fall, the doctors would not commit to anything definitive, she was suffering from two collapsed discs in her spine. The Mayo doctors discontinued most of her medications, especially the pain meds which have the worst side effects. She immediately improved and once her thyroid medication resumed, she was no longer disoriented and depressed.

"What do you think is the cause of her illness, Kathy? her Mayo doctor asked the first day she was at Mayo.

"She's over medicated, I think." I replied, and I remembered Vicki's warning and advice.

While she was in the hospital, I had the sad duty to put her husband into a local nursing home. It had become impossible to take care of them both. Sadly, he did not adapt to the less-than-personal care available in the facility and died six months later, three months shy of his 91st birthday.

Betty regained much of her health over the past two years. She still suffers from neuropathy and two collapsed discs. She's changed her doctors and sees a doctor who tries natural, homeopathic treatments first and listens instead of lectures.

"I've decided to cure myself," she announced last month. "I must take the neuropathy and thyroid medicines but that's it. No more pills. I can't afford them and they really don't help much anyway."

Seemed like a good idea after what she's been through. Just yesterday, though, she was wondering what drug to take for a migraine and resisted the idea of a dark room, ice packs on the head and lots of rest. Hmmm, her symptoms make me wonder if she's experiencing a side effect from one of her drugs. I'm getting nervous.