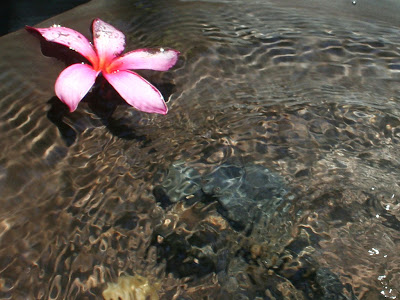 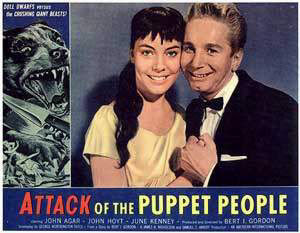 America's political and judicial activities look more and more like a scene out of "Back to the Future."

Goldie Wilson: [rushes up to George] Say! Why do you let those boys push you around like that for?
George McFly: Well, they're bigger than me.
Goldie Wilson: Stand tall, boy. Have some *respect* for yourself. Don't you know if you let people walk over you now, they'll be walking over you for the rest of your life! Look at me. You think I'm gonna spend the rest of my life in *this* slop house?
Lou: Watch it, Goldie!
Goldie Wilson: No, sir! I'm gonna *make* something of myself. I'm going to Night School. And one day I'm gonna *be* somebody!
Marty McFly: That's right! He's gonna be mayor.
Goldie Wilson: Yeah, I'm gonna... [smiles, one of his front teeth is gold]
Goldie Wilson: Mayor! Now *that's* a good idea! I can run for mayor.
Lou: A colored mayor, *that'll* be the day.
Goldie Wilson: You wait and see, Mr. Carruthers. I *will* be mayor! I'll be the most powerful man in Hill Valley. And I'm gonna clean up this town.
Lou: Good. You can start by sweeping the floor. [hands Goldie a broom]
Goldie Wilson: [stands tall with a hand over his heart] Mayor Goldie Wilson. Like the *sound* of that. [collects George's dishes).

The constitutional conflict between the Congress and the Executive Branch (Bush/Cheney) goes back even further to the future, reminding me of this movie:

George III: What of the colonies, Mr. Pitt?
Pitt: America is now a nation, sir.
George III: Is it? Well. We must try and get used to it. I have known stranger things. I once saw a sheep with five legs...
-"The Madness of King George"

Fear and Loathing in Cyberspace

Imagine that your internet browser (e.g., Yahoo) is a car.

Imagine that you use flickr to drive your car.

Imagine that you drive the car on the right side of the road in Los Angeles, California.

Imagine that you want to drive a car in London, UK, and Londoners drive their cars on the left side of the road.


1. Would you bring your Los Angeles car to London and drive on the right side of the road?

2. Would you rent a car in London and drive on the right side of the road?

3. Would you rent a car in London and drive on the left side of the road?

4. Would you simply not drive in London.

Which two of these choices would result in the destruction of the car?

Which choice saves the car and still allows you (Yahoo/Flickr) to drive in London?

Which choice is no choice at all?

When it comes to international travel, the car must always follow the local laws/rules of the road or suffer the disastrous consequences. Vehicles on the information superhighway (i.e., the internet) must also follow local laws/rules. Can local laws which censor the internet be modified or mitigated by Yahoo/flickr? It is possible.

International laws recognize the doctrine of comity: “The doctrine of comity, in the Supreme Court's classic formulation, is "..,the recognition which one nation allows within its territory to the legislative, executive, or judicial acts of another nation, having due regard both to international duty and convenience, and to the rights of its own citizens or of other persons who are under the protections of its laws.” So, a nation can influence another nation in such a way as to modify or mitigate trade, travel, licensing, etc., restrictions.

Has Yahoo/Flickr tried to influence nations that severly restrict access to its products and services? It would seem that discussions with these nations about censorship would result in some concessions and maybe in some better solutions. So, I will ass-u-me that Yahoo has a "comity" program in place - good business for everyone, right?

I know that Google is aggressively and creatively addressing the internet censorship problem:

“The online search giant is taking a novel approach to the problem by asking U.S. trade officials to treat Internet restrictions as international trade barriers, similar to other hurdles to global commerce, such as tariffs.”

So, what does one do when confronted with internet censorship? The flickr community is facing this dilemma right now. I commiserate with flickr members who do not wish to support Yahoo's censorship solutions. Many talented artists have left flickr, disgusted with the new image filtering system and its bias toward blandness (i.e., safe images).

However, I belong to several US internet art communities and all of them self-regulate their sites to avoid local and international censorship problems. No matter who your imaging chauffeur may be, the site still has to deal with international censorship problems and I applaud Flickr for listening and actually making some minor advances on behalf of its members. So, I don’t see the point in deleting my flickr site when I am already paid up through 2008.

I am becoming disenchanted, however, with the increasing restrictions and filters not just on nudity but on other art forms such as illustrations and paintings, etc. The NIPSA issue especially is bothersome for people like me who create images using photoshop. So, I'm exploring other sites such as Renderosity, deviantART, Saatchi Gallery, for photoshopped images and welcome any suggestions.

The point at which I lose enthusiasm and interest for any internet art community is when it takes more time and effort to post my images than it takes to create them. I am hopeful, flickr will avoid focusing on the logistics and get back to making the community fun.
Posted by Kathy at 6/25/2007 06:32:00 PM

"Dr. Strangelove: Mr. President, it is not only possible, it is essential. That is the whole idea of this machine, you know. Deterrence is the art of producing in the mind of the enemy... the FEAR to attack. And so, because of the automated and irrevocable decision-making process which rules out human meddling, the Doomsday machine is terrifying and simple to understand... and completely credible and convincing."

Here are five signs that the "doomsday" mentality is back:

3. The FBI's "Guidelines" distributed to colleges and universities - describing the suspicious activities of students with the potential to be terrorist spies.

4. President Bush's "Warrantless Wiretap" authorizations - a secret program that bypasses legal procedures and allows the government to listen in on telephone/internet transmissions in secret and without judicial oversight.

5. The Military Commissions Act of 2006 - a response to the US Supreme Court which establishes procedures governing the use of military commissions to try unlawful enemy combatants engaged in hostilities against the United States; it eliminates their right to challenge their detention, a violation of the US Constitution which provides these rights except in the case of "rebellion or invasion." Disturbing aspects of this Act are too numerous to mention - but one big one is that the President and/or Secretary of Defense or their appointees can determine who is an unlawful enemy combatant and an even bigger one is that the illegality of an enemy combatant's actions can be determined in the past when there were not laws against the action. In other words, IDLUYF-(Idon'tlikeyouyou'refucked).
Posted by Kathy at 6/24/2007 10:15:00 PM 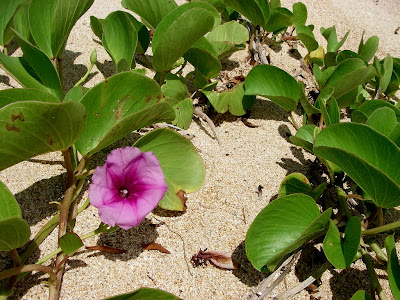 Hawaii is a great place to vacation and one of the healthiest places on earth in which to live!

A recent Forbes magazine article lists this state as number one in health care and it is consistently ranked in the top ten cities with good air and water quality. Honolulu is also top ranked as a source of good jobs. Too bad I get "island fever" or I'd consider moving to this remote and beautiful place. The aloha spirit, beautiful landscape, laid back life style and wonderful family and friends thrive in this island paradise.

Happy Father's Day, Dad! Thinking of your smile today. I also remember the wonderful gift of music you gave me when you taught me to read music and play French Horn. Life is good!
Posted by Kathy at 6/17/2007 06:51:00 PM