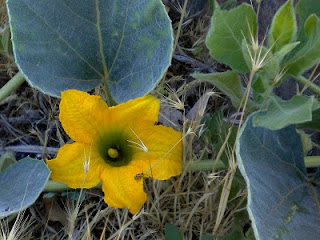 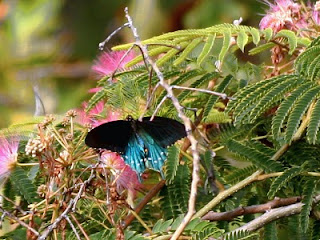 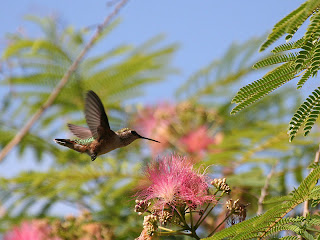 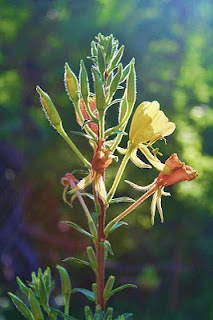 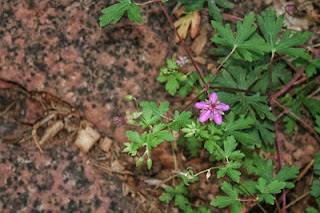 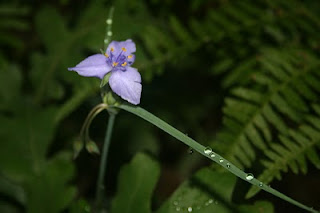 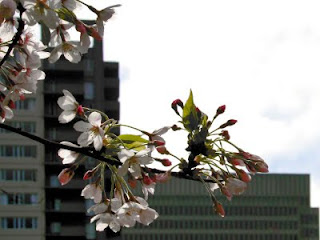 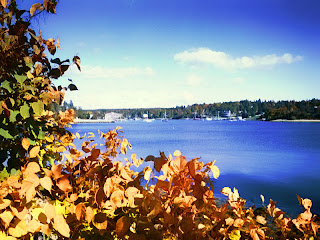 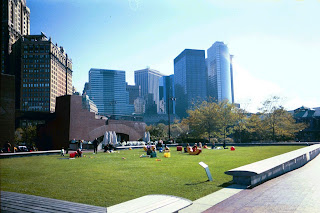 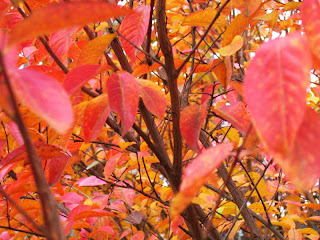 I was with my Dad when he made his last visit to the East Coast in late October, 2002.  My father, brother, his wife and I, took a cruise from Montreal, Canada, through the St. Lawrence Seaway down the coast as the leaves were turning to red and gold.  Our final destination was New York City.

It was on this trip that we all learned how fragile and ill my father was becoming.  A brief walk from the ship to a dockside cafe in Quebec overstressed my father's damaged lungs and caused him to stay on board for the remainder of the trip.  As the storm tossed ship moved past Halifax, Nova Scotia, the stress of a night of constant violent motion affected my Dad's breathing so that he required oxygen.  Fortunately the ship had one machine available which made oxygen, so Dad did not have to leave the cruise.  Unfortunately, the oxygen supply was not portable and Dad was tethered to a small cabin he shared with me - cramped quarters.  To make matters even more difficult, his favorite television channels were unavailable and he had to settle for CNN which was saturating the airwaves with the gruesome carnage of the DC sniper.  He was able to move around the ship in a wheel chair,  and he spent a lot of time in the ship's Internet cafe, library, cafeteria and observation deck.  He really did enjoy the trip, despite his health set backs.

Throughout the ten day cruise, Dad talked about his family and growing up in Buffalo, New York.  In the late summers his dad would pack up the family and drive to Canada or the Adirondacks and they would camp.  These memories were golden for Dad.  He developed a love of nature through these experiences which fueled his love of travel throughout his life.   Seeing huge forests transform from green to gold to red as we cruised down the coast was breathtaking.  I felt blessed to share this beautiful experience with my family and was grateful to discover the source of my father's love affair with camping and nature.

We disembarked in New York City and had four or five hours to sight see.  My brother had the foresight to rent a limousine so we could see the city in comfort and spare Dad the pain of walking.  He didn't complain about his confinement to the car for the hour or so we spent exploring Battery Park, Ground Zero, Central Park and a few other places.  For me, the visit to Ground Zero was overwhelming.  The terror attacks were a vivid memory and I was curious about the extent of the physical damage.  We started walking in Battery Park and I was comforted by the sight of so many mothers and children enjoying the sunny fall morning.

We reached Ground Zero right after the park.  There were miles of fencing and construction barriers while huge cranes and bull dozers scraped away the debris and repaired the surrounding tall buildings.  There was already a small crowd walking around the site.  Everyone was quiet.  Everyone was thoughtful.  Everyone was stunned at the size and depth of the physical destruction.  Everyone was silent as we viewed the photos of missing people.

I remember hearing the sounds of machines, the click of cameras, the sigh of wind through the fencing and a low murmur of voices invoking god.  I felt proud of the citizens of New York City who were working, sweeping, paying bills, playing with their children in Battery Park.  These strong and powerful people continue to live with their trauma and grief, not because of it.  They are not fodder for our soul sucking media intent on selling as much ad space as possible by pushing the concept of New Yorkers as the world's eternal victims.   Such focus works to diminish the strength it takes for all survivors of hate and war to live with pain in dignity.  My family and I were thoughtful of the insanity of the attack only a year before our visit.  We could not comprehend the hate behind the act then and I still do not understand it.  I accept the fact that hate and terror exist, but I will never understand it.

The limo driver recognized Dad's restlessness once we returned to the car, and suggested lunch at the River Cafe in Brooklyn, the highlight of our brief visit.  Once we all returned to Southern California and talked about our trip, it was clear that Ground Zero was the most moving sight.  The most fascinating and empowering parts of our journey, were witnessing the miracle of the changing of the leaves, the beauty of nature, the power of the ocean, and the impact of people on the natural world.  I learned about my father's childhood and his deep fascination and love of nature.  I learned about the source of life which is evident in the laws of nature, a spirit of creation, survival and renewal which connects us all.  I learned about myself.

Who's Watching the Watchers 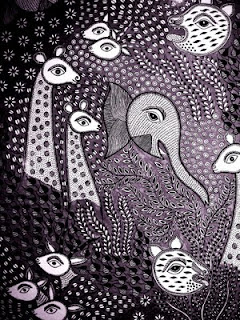 "In a culture where shame is passé, we must ask often: Who is watching the watchers?" - Derek Lazzaro, Truthdig blogger

In his fine essay (link above), Lazzaro gives three examples where government oversight programs have gone off the rails.  His first example describes the ATF's trafficking of over a thousand automatic weapons into Mexico; his second example describes the SEC's systematic destruction of evidence against banks; and the third example describes NCAA misdeeds.  The people employed by taxpayers to enforce laws and oversee these critical areas of American life have not been held accountable.  They have received little or no punishment and probably do not even realize that they have done anything wrong.  They don't realize they are wrong because in more than one case, they have been rewarded with even more power.  We have foxes guarding our henhouses.

So, instead of doing their jobs and making sure their programs serve American citizens, meet current law, and are effective, these people and those that support them, work to change the laws or make sure those enforcing the laws/rules/regulations are just as criminally inept and corrupt.

If you look to Congress for solutions, they come up with partisan oversight committees  or obstructive and wasteful legislation such as the REINS Act (H.R. 10/S 299) - which would require each new government regulation be approved by both houses of Congress within 70 days, or the regulation would cease to exist.

In today's poltical environment, the government, it's laws and agencies are fodder for election speeches and political one-upsmanship, not subjects of serious concern and care.  I am reminded of a marriage gone bad when I think of our political system.  The "parents" will not reconcile, they try to inflict as much damage on each other as they can, and they ignore the suffering of their children.  So, like neglected offspring, Americans get to stand by and watch their elected leaders bicker and manipulate while gunrunners, crooks and liars set fire to the house.


A wise man said recently that in the old days of American politics, politicians tried to at least cover up their disdain of America's middle and lower classes, but back then, they had a few morals and a healthy fear of getting caught.  Now....  it's "no fear and no shame" politics.  It's all about the Benjamins.
Posted by Kathy at 9/04/2011 09:03:00 AM